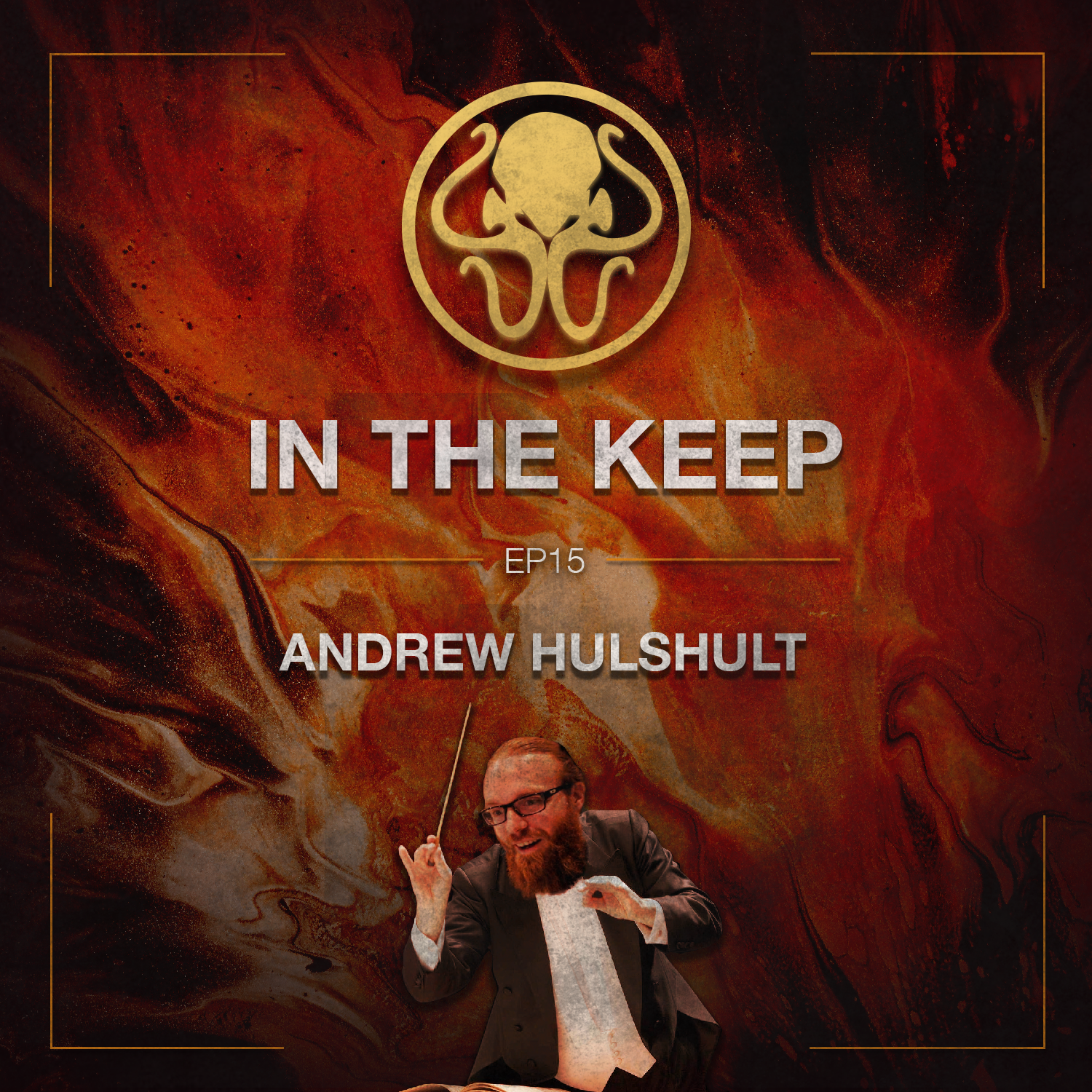 Andrew Hulshult is this weeks Special Guest! What is there to say about him that hasn’t already been said? You know that track still stuck in your head from playing Dusk? He made that.

That badass metal version of the Doom soundtrack from your recent Brutal Doom survival session? That was him too. Rise of the Triad, Amid Evil, Quake Champions… He’s done it all.

But Mr. Hulshult is more than just the man behind the music. He’s also a really rad dude with fantastic stories to tell. Oh! And he’s working on the soundtrack to Prodeus, Nightmare Reaper… And WRATH: Aeon of Ruin… Please enjoy.

We brought in the Keep’s resident musician, artist and Canuck, the great and powerful Haducant, to help dig a little deeper into Andrew’s views on music, sound design and the tools of his trade so its safe to say that this conversation quickly became an equipment junky’s wet dream. Andrew delivers the goods, digging into how he recreated the midi tones in his 3D Realms Anthology, his techniques to created the acoustic tracks in Bombshell, the decisions going into introducing the Wendigo in Dusk and plenty more.

Andrew Hulshult is a very talented man with a big heart, but that didn’t stop him from being honest about the business of selecting projects. This has resulted in a catalog of work that is nearly beyond reproach. If you see Andrew’s name credited to a game, its worth your money.

Andrew Hulshult was recently on Quakecast:

For links to all episodes and to your preferred podcast apps visit...