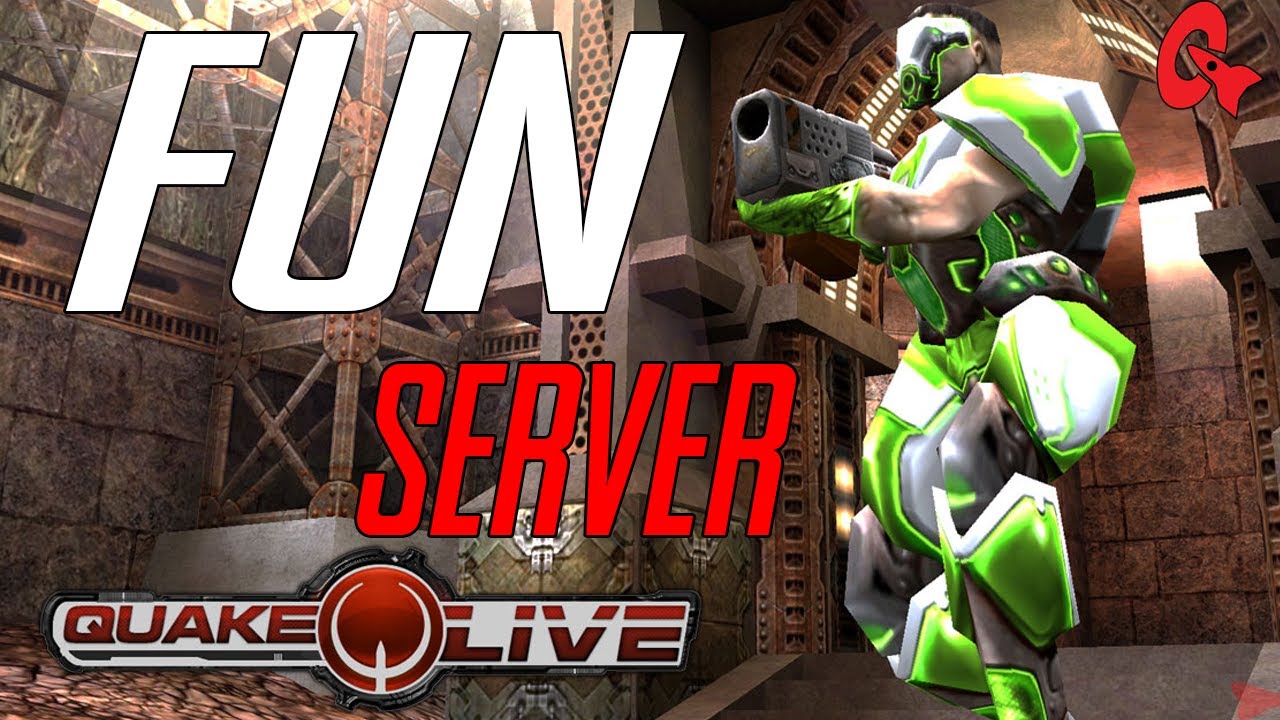 Officially Launching the official Quakefans.net Quake Live Server. This server is meant for fun and friendly for new Quake Live players to join.

The server is meant to be a Vampiric Clan Arena server. Vampiric means that whenever you use the LG to do damage it will heal you a small amount of health.

This server has no ELO checks and is meant for more skilled players to be able to carry a little bit. With the help of self healing.

QF Server plans are to run 24/7 if possible. With Gigabit internet hosting coming soon so there will be a very reliable connection.

Quake Live is far from dead and has seen a small resurgence as of late. Compared to Quake Champions the playerbase is a little smaller. But, QL with community servers will always have a server up somewhere.

I believe most hoped that Diabotical would pull a lot of the Quake Live players away. But, with Diabotical pretty much killing their eSports and tournament scene everyone has went back to Quake Live.

Quake Live will always be alive if someone is willing to host a server and it never gets removed from steam.

Most matches are streamed on the Quakefans YouTube channel. If YouTube isn’t your thing and you enjoy twitch more

Smango also likes to multi-stream to Twitch which you can also follow to see matches.

You may also find other Arenafps games streamed and videos on the game themselves.

Quake Live released without “gibs” trying to make it a more Teen Rated game. With the help of the workshop though we can all those glorious gibs back from Quake 3!

All you need to do is logon to steam, and subscribe to the workshop item GIBS!

The only problem with this if the server isn’t subscribe it won’t work. Luckily the server we are hosting is subscribed to Gibs!

Looking for a Quake Live Discord?

While Smango does not have the official Quake Live Discord. The Kingdom is a perfect place for you to come chat about Quake Live and other Arena FPS games.

Many people are joining and the Discord is growing slowly but surely. We would love to have you become part of the community here at Quakefans.