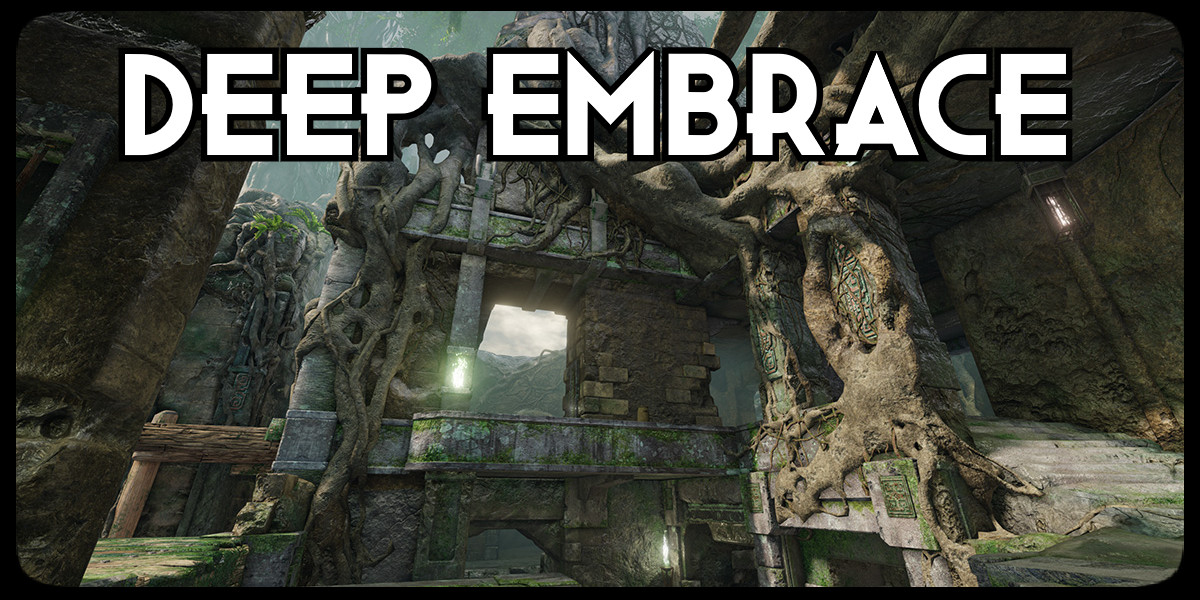 Alongside many other map improvements and Halloween decorations for your champions, the biggest addition to Quake Champions is the Map. The other noteworthy thing is another Lighting Gun skin called the Incinerator and 2 other weapons skins.

The Incinerator is my favorite skin but also requires you to get level 100 in the battle pass to obtain. So have fun grinding that battle pass or using that credit card to get it quickly.

In this Quakefans video you can find a quick look into the Deep Embrace Map and a look at some of the weapon skins.

Deep Embrace has a nice little hole I’m sure will take the lives of many champions in the arena. It really is a little hole that will sneak up on you thinking its a quick turn into a dark corridor. Turns out its not!

My overall thoughts on the map are that is the best one that has released in a long time. The Map looks catered towards duel but its also a fun TDM and I’m sure a fun FFA map as well.

This map includes both power-up items the Quad and Protection for some interesting gameplay! If you enjoy smaller maps this one is about as perfect as it can get. It’s bigger than Bloodrun but small enough for some fun engagements.

Don’t know what Champion you should play? Check out this – Quake Champions Champion Guide

Looking for a Quake Champions Discord?

Looking for a Discord that likes to play Quake Champions as much as you do? You can join the discord below and become a part of Smango’s community.

Always talking about the latest in Quake Champions, Diabotical, and PC gaming! The community is growing and we look to see more growth in the future.

Discord not your thing but you wanna reach out to Smango. You can always follow the twitter account @thesmango and there is also the Twitch Channel!