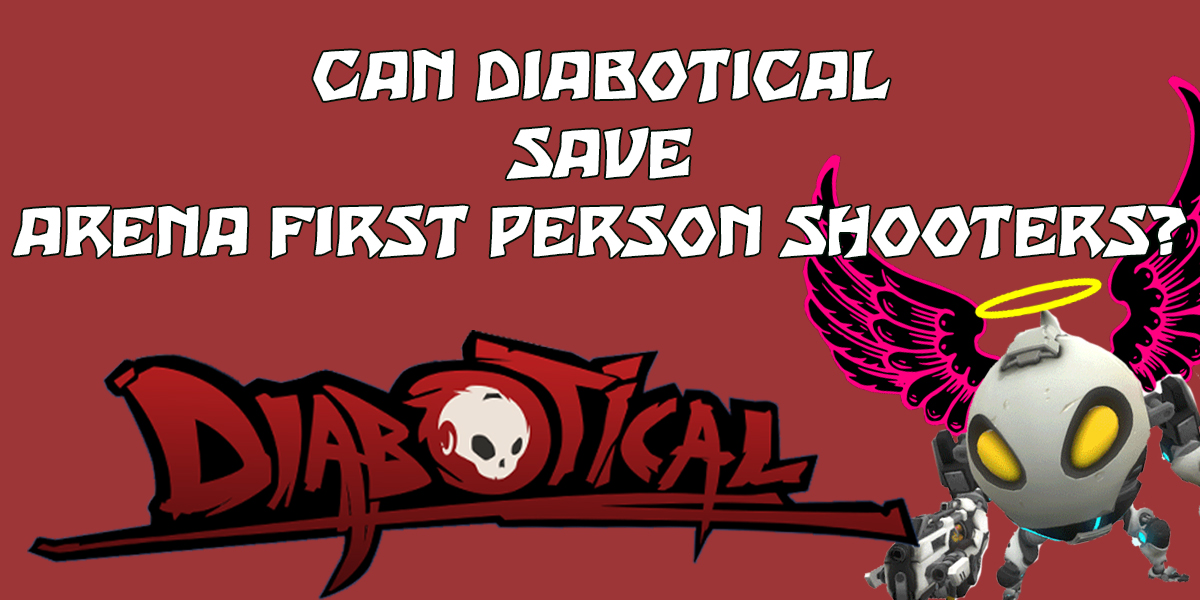 Can Diabotical Save Arena First Person Shooters? I’m not here to say that AFPS is dead, but it not as popular as it once was.

Back in the 90s and early 2000s Arena FPS was king. Quake, Unreal, and More were very popular or at least it seemed that way.

I don’t think any AFPS is going to be another “Fortnite” (even though I hate Battle Royales) but it does seem that the popularity has gone down.

It is pretty common to hear that the recent and biggest addition recently to the genre Quake Champions has been a failure.

The Savior of AFPS?

Diabotical looks great. The maps look great, and they are even going to let the community have creator tools.

Tons of game modes on release, including CTF (my favorite game mode) Defrag, and many others.

This is how a standard AFPS should release with multiple gamemodes, gamemodes that were the standard in the late 90s and early 2000s.

So whats going to make it different than Quake Champions? If there is one thing going against Diabotical, is that its not carrying the actual Quake name.

Will Diabotical end up like inferior AFPS such as Reflex Arena? Reflex a quality and fun game, yet it is deader than disco. Quake 1-3 are played 1000x more compared to any other AFPS. What’s going to make Diabotical stick out?

The main reason is 2GD, a former Quake 4 Professional and now developer of his own studio. He knows the genre, he knows the people.

Diabotical looking from the outside looks like an awesome game. I really do think going to be a great AFPS, but will it bring AFPS back to the top?

Only time will tell.

The biggest problem we have right now with Diabotical that there is still no official release date.

Originally it seemed that the Diabotical game was going to release this year in 2019 during the spring/summer months. At the time of this writing it is June 2019 and it is no where to be seen.

Not even a closed beta, looks like its all just internal for now.

According to 2GD’s Dev Update on Twitch, we can expect the game to be finished by the fall/winter months now.

Although 2GD said the initial launch that the game will not be Free2Play but his plans are to eventually have it Free for more people to enjoy.

You can find his comments in this June Dev Update Video.

There seems to already be plans for a “Battle Pass” (ugh). Hopefully, it is a lot better and worth getting than Quake Champions. QC battle pass literally being one of the worst battle passes I’ve ever seen.

This is a big thing Diabotical is going to have over more modern Arena First Person Shooters.

Being able to spin up a Linux box and having our own community server with hopefully the same people to compete against sounds awesome.

I look forward to having the Quakefans.net server up and running.

Diabotical will become one of the main focuses around here on Quakefans whenever the game lauches.

I’ll never forget about Quake or even Quake Champions but they are literally giving me little to nothing to write about anymore. This also includes all AFPSes as well they will still be mentioned but perhaps not as much.

Can Diabotical Save Arena First Person Shooters? I honestly think that going to at least give some great competition to our current and most popular AFPS Quake Champions.

Will some of the pros leave QC to jump over to Diabotical? I’m 100% certain that they will be checking it out. I’m sure the money makers will be the ones determining if the game lives or dies.

A fresh start with all the options most of us AFPS fans are looking for is WANTED and Quake Champions isn’t wanting to deliver.