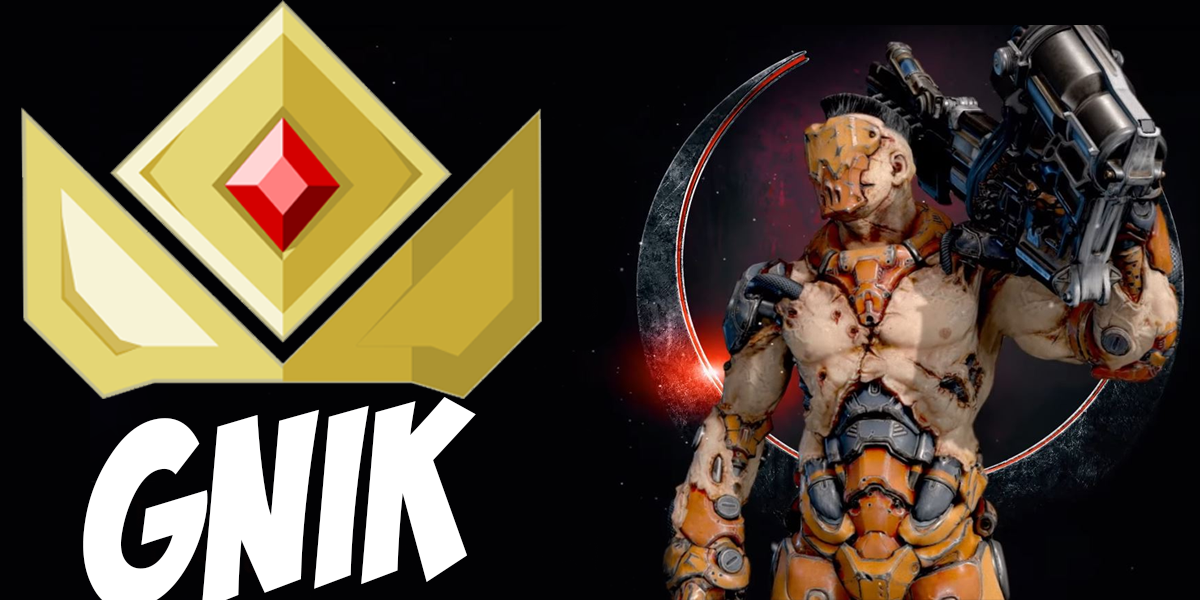 GNIK takes out ascent’s Br1ck on the season 1 finale stage Lucca. The match came down to the wire in a best of 5!

Br1ck actually had the lead 2 – 1 before GNIK put his head down and pushed forward to win 3 – 2 on the finale map: Awoken. This match-up was fantastic, but GNik has earned his spot on the Quake Pro League Roster.

GNIK (give name Cameron) hails from Kelowna, British Columbia (Canada). He works a regular day job as a technician and does bookkeeping as a second job.

Whenever Gnik isn’t playing Quake, he spends his spare time coding for fun. You can check out the awesome application he made for Quake Champions Duels right here called Qrinder. (Not Grindr)

He started playing Quake around the age of about 4 or 5 years old, through his parents. Growing up with 3 siblings and being the youngest, he always played whatever they played and from around the ages 5-6, GNik played a lot of Quake 3 v1.16. Bringing in 16+ years of Quake experience, he has competed in many online tournaments, but not in big LANS such as the Quake Pro League.

He has followed Rapha since the Quake Live days. Watching DM6 ESL Rapha Vs. Cooller really got him into competing in duels and taught him how to properly play Quake.

He has also been known to go by the in-game name as King.

Below you can find Gnik’s gear and Quake Champions Settings.

Gnik has won multiple Online Community Tournaments and has been playing Quake for a long time. He brings something fresh to the QPL and here at Quakefans, we will be pulling for the duration of his professional career.

Gnik kept his cool under pressure. He didn’t give up the entire time; even when he was down, he kept chugging along to pull off the win.

That says a lot about his mental toughness, which is required whenever competing at a high level… and he will be…

Be sure to follow Gnik on all of his Social Media Channels.

I hope everyone enjoys watching and rooting for Gnik as much as I do! Be sure to comment down below and share this on your social media if you are a fan! Also we hope you are enjoying these Quake Pro-files here on Quakefans. There are more to come!

Check out Rapha’s Settings and More