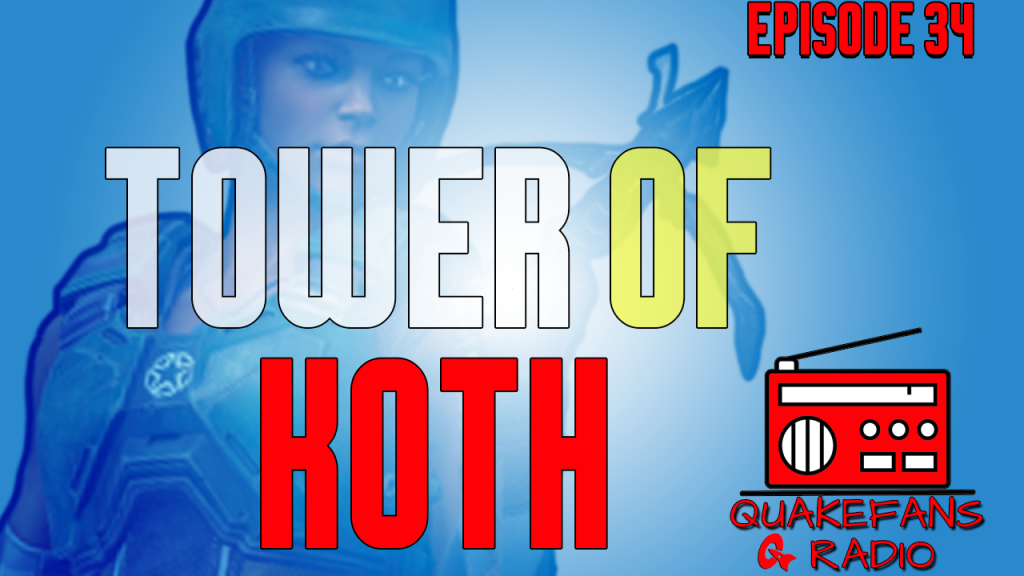 Hardware Cheats have been a thing as long as I can remember. With console gamers modding their Xbox controllers to do a rapid-fire faster or whatnot. For some reason, I never thought of a Mouse being used as a cheat device until recently. It has come out that Hailstorm the famous Athena players in Quake Champions admitted to using such a mouse. Find out what I think on the situations

Also covering the latest Quake Champions Patch and talking about the newest map Tower of Koth.

How do you feel about Hardware Cheats? If you have an opinion always remember you can leave a comment or mention @fansquake on twitter or join the discord to discuss!

Remember this is also available on all podcast directories!

Steel Series Rival 700 is the mouse in question here. Apparently it has a “tactical alerts” that let you feel the game.

While I was recording the episode I was curious as to what a Overwatch player would use this mouse for. Even a MOBA game like League of Legends, where does this mouse really benefit the user?

You can set the mouse to do custom alerts… Alerts when something is picked up, a teammates health is low, your health is low, and items. I’m assuming this works with Quake Champions as well as it is customizable to fit any game.

What I’m curious about is how does it know to trigger whenever an opposing player picks up the Heavy Armor for example. Seems pretty suspicious to me.

The Rival 700 looks to no longer be in production but there are more versions of this mouse.

You can watch Hailstorm live and show him some support over on Twitch. I’m not really sure about his streaming schedule maybe I will update this post if I figure that out.

If you are wanting to take your Athena game play to the next level Hailstorm is a pretty good person to bounce some questions off of.

Hailstorm Messaged me himself and wanted to make this statement as public as possible.

“I wanted to make it clear that I was never a cheater, nor do I endorse cheating in a competitive space. This mouse was a learning tool that I quickly dropped when I decided to start streaming and playing competitively. This was a mouse I always spoke openly about because as someone with a disability it allowed me to enjoy the game during the beginner stages and also learn it quickly.

I knew this mouse was not acceptable at LAN or in a competitive setting however so from the very beginning I chose never to integrate this into my play style. I was never a player known for my timing or great positioning because of it and instead opted to push the movement skill ceiling of Athena and adapt a style heavy on raw combat and unpredictability. The incident started because I had spoken about the mouse (which I would openly do) and as a streamer It raised concern that I believed it was okay for use in a competitive/tournament setting which I do not endorse.

There was very poor communication and it resulted in a very poorly worded tweet that created more confusion and anger. I love Quake, and its community and its been shown through the multiple contributions I’ve made and the positive interactions with its members and I believe that cheating hurts that as a whole.”

QuakeFans Radio is a podcast and is put on the Quakefans YouTube Channel! Smango (twitter) creates a weekly show!

Quakefans covers Arena, Retro/Indie First Person Shooters, really anything I find interesting that has a gun or similar pointed at it in First Person mode.

This includes but is not limited to games like Quake, Doom, and Team-based fps.

Diabotical is on the rise and will become a focal point. If you are looking for a show or podcast about quake and quake like games. Hit the Sub button.

Be sure to check out the website for tips, tricks, reviews, and podcasts on all of these amazing games!

This is an amazon affiliate link so anything you purchase on Amazon for the next 48 hours will benefit quakefans after you click on the link!

If you enjoy Clan Arena in Quake Champions be sure to download the Discord down below. We can put together some custom games and more! Beginner Friendly of Course!