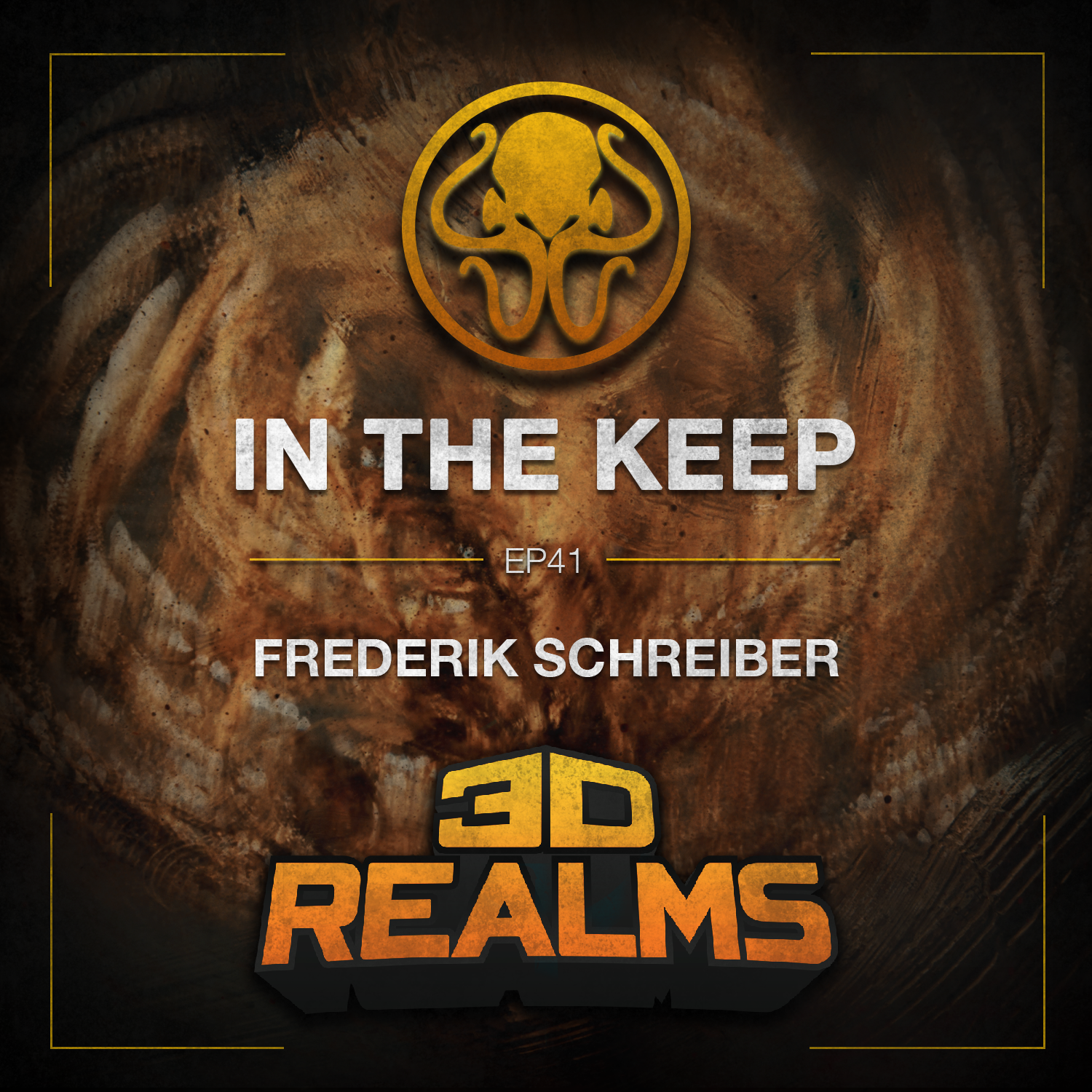 It’s been a busy transition into spring for In The Keep Podcast. Now it’s time to relax and reflect on our accomplishments. We covered a lot of games that are now sweeping the planet faster than COVID-19… If you’re stuck at home, there’s no better time to catch up on the podcasts and indie FPS games you’ve been putting off.

First of all, if you’re new to the show, welcome! The Drowned God Cthalha love’s and embraces all her children. We sincerely hope that you find something in this batch of episodes that draws you further into the world of FPS gaming.

David Szymanski is the designer behind Dusk and creative director at New Blood Interactive (Amid Evil, Maximum Action). That should be enough, but like any good onion, this one has layers. David has also created several independent horror games (Fingerbones, The Music Machine, etc) and is an excellent violinist and composer specializing in chamber music.

Bruno “ItBurn” Beaudoin is the man behind Nightmare Reaper, a genius new FPS game with an old-school look, randomly generated levels, looting and A LOT of shooting. Here we discuss his journey into creating such a game, the challenges faced by an independent developer, what makes Brutal Doom so great, the impact of gaming on mental health and a whole lot more.

Jeremiah Fox is the CEO of KillPixel Games and lead designer of Wrath: Aeon of Ruin. Now in early access, Wrath is already establishing itself as more than just a “retro shooter” or “Quake clone”. It’s an amazing new experience that innovates well beyond the status quo of this genre.

Dragonfly is the map maker behind such Doom projects as Skulldash and Eviternity. If that isn’t enough for you, he’s also mapping for the upcoming Indie FPS game Prodeus. Here we go in depth about Dragonfly’s passion for Doom, the making of Eviternity, the ins and outs of progressive duel and even some insider knowledge on the making of Prodeus.

WARNING! NON FPS INCOMING! This week we’re joined by Airdorf, developer of FAITH which is a top down horror game harkening back to the MS-DOS and Atari 2600 days with gorgeous rotoscope animations and chilling minimalistic horror storytelling that hits all the right nerves. Airdorf also created the interactive trailer for horror film The Wind. His projects are currently available on itch.io while FAITH: The Unholy Trinity is under works with New Blood Interactive. Be sure to follow the project on Steam. Since the release of this episode, Airdorf has revealed two new projects: Extra Ordinary and Earl’s Day Off.

Ever wondered what it would feel like if Doom 2016 or Eternal were built inside the Quake 1 engine? Brothers BloodShot & Shadesmaster did, and they’re creating it right now in the form of the mod Slayer’s Testaments. They’re also known for their previous work on Quake 1.5 and much in the Quake mapping community. BloodShot is also mapping for WRATH: Aeon of Ruin.

Hakita is the man behind ULTRAKILL, a unique FPS game that combines the fast-paced decision making of Doom with rhythmic combat, PS1-era graphics and a face melting original soundtrack that is wowing the indie scene. We discuss the labor of love that is game-making, the art of storytelling, how to get noticed in the modern gaming market and a whole lot more.

Fred Schreiber is more than just the vice president & executive producer of 3D Realms, founder & director of Slipgate Ironworks and overlord of what we hold sacred here at The Keep. He’s a true fan and connoisseur of classic gaming and a revolutionary in the field, from his patronage in the days of Apogee to his work on Duke Nukem Reloaded. In many ways, Fred is the Father of the Retro Shooter and a hero to us all. Here we discuss his career at length, his work on Duke Reloaded, 3DR’s recent success with Ion Fury, Wrath: Aeon of Ruin, Kingpin: Reloaded, the upcoming Ghostrunner and more in this packed episode.

JCR is a talented Quake mapper, modder & co-host on The Quakecast along with dumptruck_ds & ArrrCee. He recently hosted the January Jump Jam, a collection of maps designed by experts in the community to exploit his Jump Mod which turns Quake into a 3D platforming experience.

Remember that the BEST WAY THAT YOU CAN SUPPORT is simply to like/subscribe/review on your preferred podcast directory. SHARE our stuff on YOUR social media/website/blog! Don’t be afraid to follow us on Twitter. If you see the show on Reddit, don’t hesitate to hit that UP-VOTE button! More In The Keep Podcast!