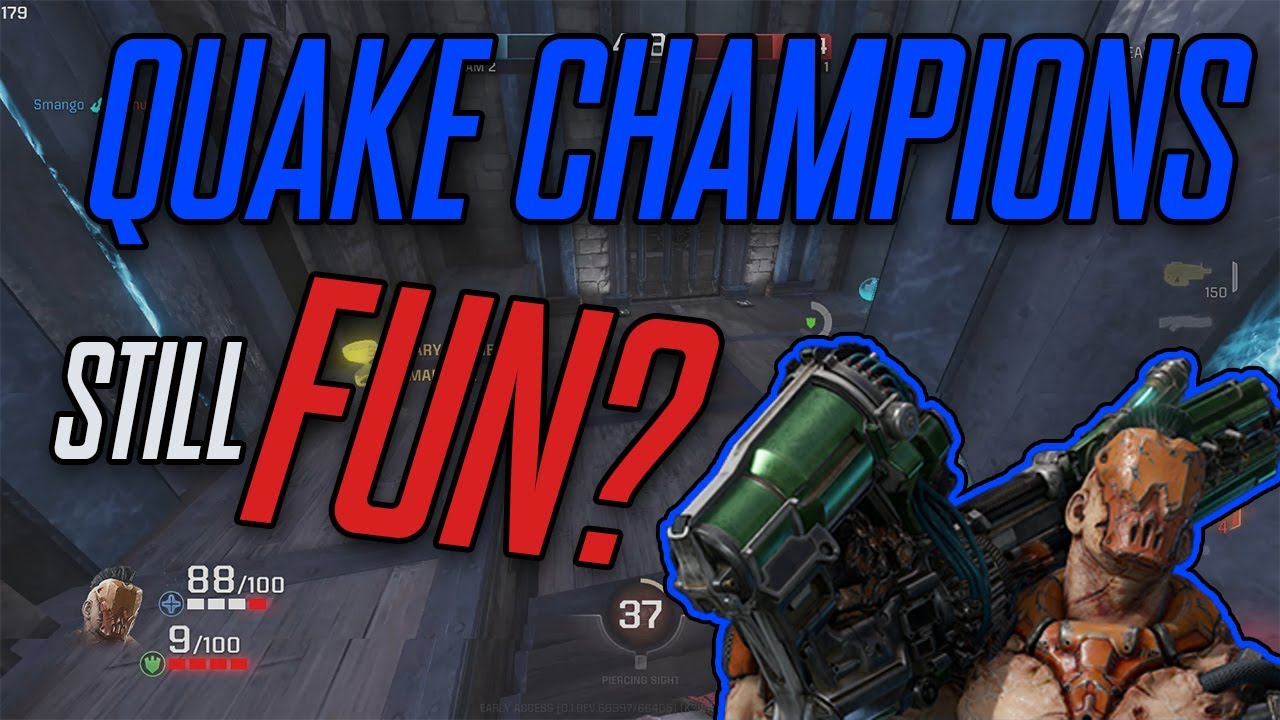 Is Quake Champions still a Good and Fun game to play in the year 2021?

The Short answer is YES.

While I will save a full review of Quake Champions coming soon. That doesn’t mean that you should sleep on the Latest Quake. It has turned out to be a solid and OK-ish balanced game.

Much more balanced than it ever has been considering the different champions and abilities they possess.

Really the only problem is the lacking Playerbase these days. QC had a decent player count whenever its first releases to Open Beta, but has been struggling to hold onto and grow concurrent players.

This is all based on the steam charts list though. There are a few more platforms you can play Quake Champions on namely the Bethesda launcher.

One could speculate that the Bethesda launcher might get a few people playing in the long scheme of things… it’s not worth counting.

Will we ever see a full release of Quake Champions?

Who knows what to expect at this point and the future of Quake Champions.

What we do know, is that the game still says Early Access in the game. That, and also the game does receive updates on a skeleton crew of Developers.

My guess is that the game is already about as good as it’s going to get. With little to no more major patches coming. There hasn’t been a new champion in years and not a mention of one.

In my opinion, the game is as good as it’s ever going to get. I believe the Golden Era of Quake Champions has already passed and now we are on the home stretch.

It’s about time to do 1 final review of the game for Quakefans.net

Where do you think Quake Champions will land in the midst of the rest of the Quake franchise?

All in all, Quake Champions is FUN and you should try it out today. It’s completely free to try but once you are hooked by Quake. You always leave wanting more.