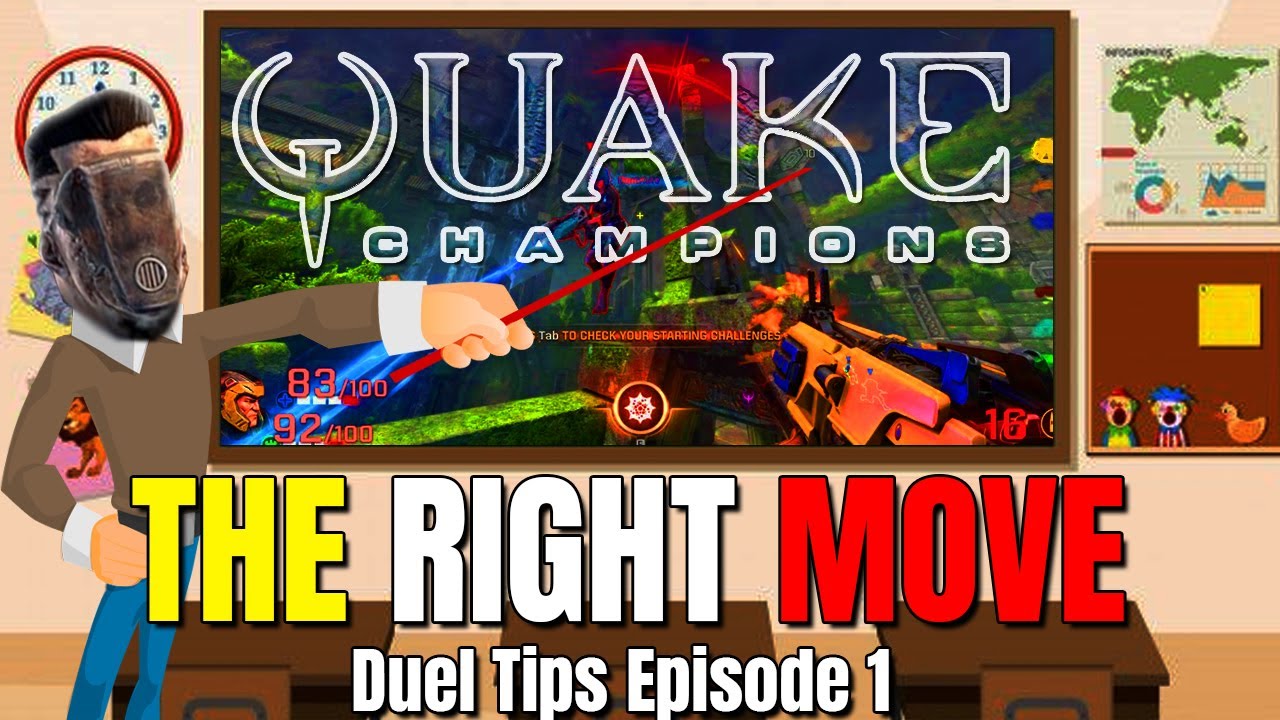 Quakefans is proud to present a new YouTube series on the YouTube Channel, Making The Right Move.

This series will focus on Dueling in Arena First Person Shooters.

The idea came from Aaronx86 as he wanted a way to produce some high quality, and higher level dueling content for Quake Champions.

Each episode in the future may include more than 1 making the right move but for now we are starting out slow.

The idea behind the video is sometimes players don’t know what decision they should make in specific instances.

More Making the right move videos are on the way!

Send me a copy of your video (YouTube/twitch/etc) let me know the point there was a decision you had to to make to get the best of your opponent. You can join Discord down below or message me directly I’m in almost every ArenaFPS orientated Discord on the planet just look for Smango.