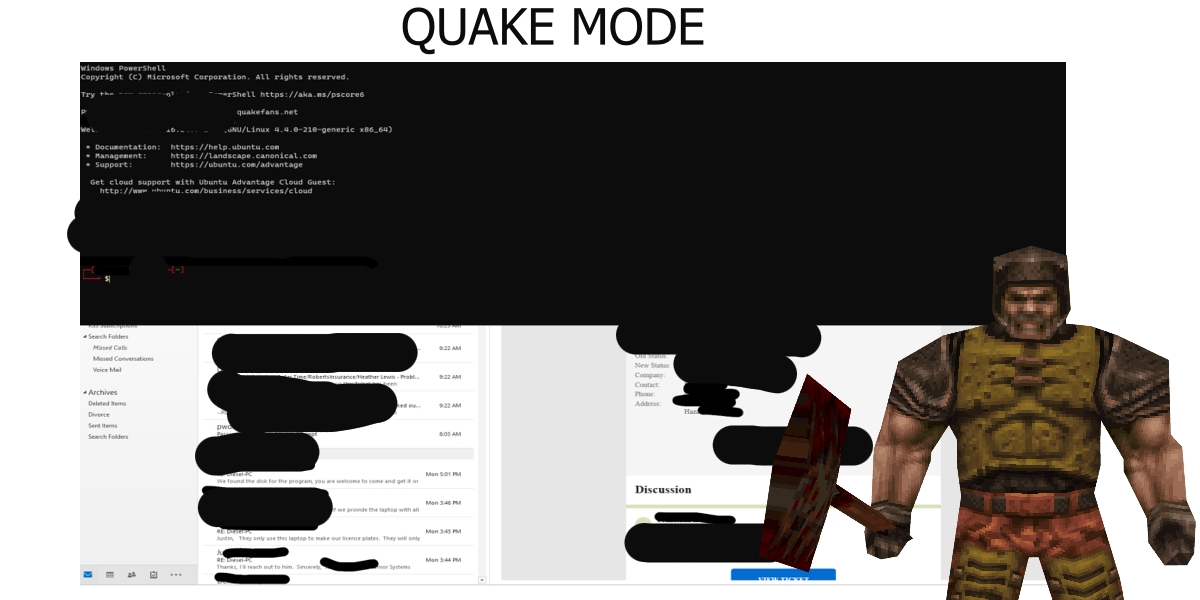 But, I figure this is the first time since Microsoft bought Bethesda that they actually said the word Quake.

So What is Quake Mode?

Sorry to burst anyone’s bubble but this isn’t a game or anything. This is just an update to Microsoft Windows Terminal which they’ve been working on for over a year.

Microsoft in recent years have adopted many Linux based shortcuts and have went so far to include a subsystem of ubuntu.

What I’m saying is, you’ve been able to do this action in other Operating Systems… Just not Windows.

After installing the 1.9 Windows Terminal update from the Windows Store. (This is Windows 10 Only).

You can hit the “Win+`” shortcut on your keyboard and a Terminal windows will drop from the top of the screen. Much like hitting the ~ key while playing Quake. If you didn’t know, Quake sort of invented the Console Window, or at least the dropping down of it while in game.

Very fitting name, you are able to customize it however you would like.

Want to learn more about Windows Terminal you can check out this dev blog post? If you are in the IT field much like myself, you will probably find it useful. It is pretty handy to hit a shortcut and bring down a cool console now.

Want a discord to continue the conversation in? You can join up on Smango’s official Creators Discord called ‘The Kingdom’, where we can talk about tech, quake, and more!

If you recently installed and tried out Windows Terminal let me know how you liked it in a comment below or by joining up in Discord!