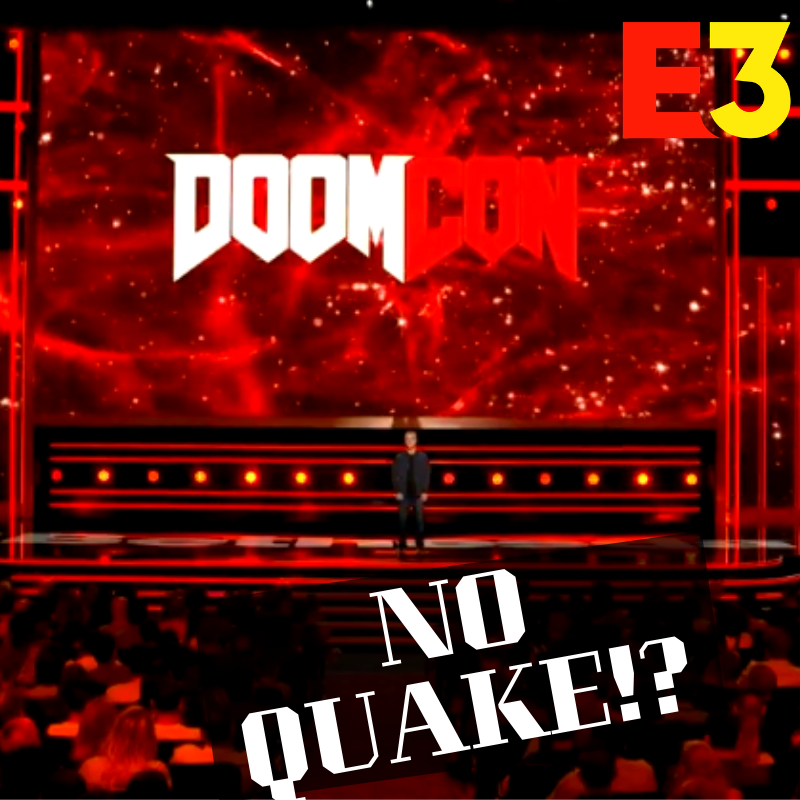 Quakecon 2019 everyone was looking forward to the latest Quake News. The latest Bethesda E3 2019 Conference showed otherwise. Quake the unloved child of iD software was nowhere to be seen.

What we got was a Commander Keen mobile game…

The Year of Doom

While I know this years QuakeCon is gonna be more about Doom Eternal which is fine. There could at least been some kind of announcement for Quake.

Bethesda is even having its own “DoomCon” now inside QuakeCon.

It’s all a bit confusing, frustrating and really ALL of the above anyone can think. While I love Doom (2016) and all older doom games.

You would think that would at least take one segment of the whole conference to say something about the latest Quake game. Quake Champions…

The official website is saying that 2020 is the year of Quake. Well… The 25th year of QuakeCon. They can’t possibly skip out on Quake that year right?

So maybe we will hear something then. But, Quake Champions is a Game As a Service. It doesn’t offer offline play what so ever…

They aren’t producing any new content for the game that has been announced to my knowledge and the community isn’t allowed like in older games.

Yet they wonder why the game is in limbo of dying.

Many Arena FPS fans such as myself are still looking forward to the latest Doom multiplayer iteration. They did announce a new multiplayer mode which allows you to play as Demons vs the Doom Slayer.

But, there really hasn’t been any mention of multiplayer arena action either. Which disappointments me even further.

Doom 2016 didn’t have the greatest MP experience but it had TONS of content at least and modes. Modes that are lacking in Quake Champions.

No Mention In Full Stream

Go ahead. Watch it for yourself.

There is no game play footage. No one speaks of it.

Is this totally on purpose now. That are doing little to zero marketing for the game at all.

I realize they want to push newer games which is fine. But, not even to much of a rail or rocket launcher is anywhere in the video.

You’ve really got to ask yourself is this on purpose? Do they want the game to die.

To put in perspective of how little Bethesda cares about Quake Champions now here is a handy list.

It’s not looking good for us Quake fans for Quakecon 2019. No one seems to care about Quake anymore but us.

It might be time as bad as I want to admit…

To look into upcoming Arena First Person Shooters to be obsessed about.