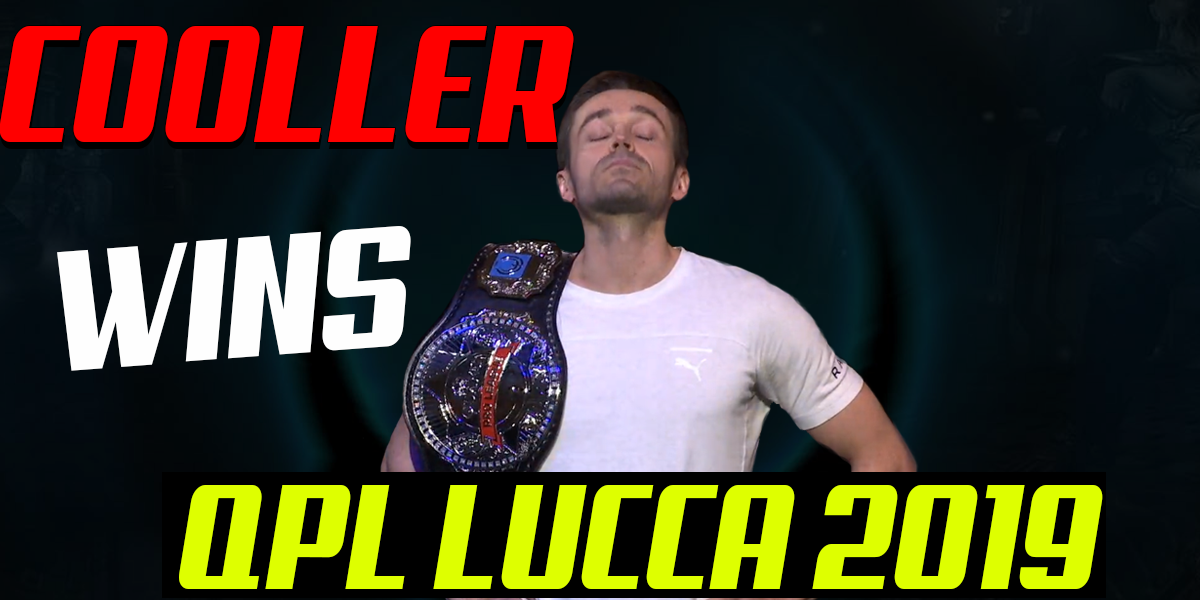 QPL Lucca 2019 The Quake Champions event is officially over. There were a few things that went on during the event that you might not be aware of. The Quake contenders competed in a huge Catherdral in Italy it was an awesome site to see!

We discuss the Tournament down below. Congratulations to AMD’s Cooller for winning a Championship since 2011 according to LiquidPedia.

All The Challengers Won

It’s hard to believe that all 4 of the challengers went on to win their QPL roster spots. Dooi, Gnik, CNZ, and Cypher showed up to play.

Dooi swept passed SIB (no more villain?) I don’t think it was close for a second.

Br1ck put up a good fight against GNiK but, it turns out Gnik belongs on the pro circuit.

CNZ earned his spot by taking out Spart1e.

The true tale was the challenger Cypher and what he set out to accomplish.

Cypher not only earned his spot by taking out Myztro’s Garphy BUT went on to win more matches than just 1! He took out the #1 QPL Contender Rapha and making it all the way to the SEMI-FINALS! The Rivalry continues…

North America did not perform

The boys in NA didn’t perform well at all. I’m from the USA so of course, I’m pulling for my home country.

Needless to say, I was very disappointed with how everything turned out. With the HUGE upset with Cypher taking out Rapha in Rapha’s first match all weekend! Shocked and disappointed I gathered myself and decided I needed to pick a new warrior from NA. Too bad PsyGib and Dahang ended up losing their matches as well.

The NA didn’t even cross in the Semi-Final Territory for sports fans out there, they didn’t make it to the Elite 8 (NCAA Basketball). Normally the Final Four are the best quake players around.

So the European’s really showed that the NA really needs to play catch-up after this tournament’s showing.

Cooller was just completely unstoppable. I didn’t see a chink in his armor the whole entire tournament.

I thought that Rasiey was going to be able to take him down in the championship but I was 110% wrong. Basically, sweeping everyone that came into his path. Cooller proved that us older gentlemen can still compete with the youngsters.

It was good to see a Quake legend like Cooller claim a championship in the latest version of Quake. I believe the next “Quake Pro-file” will be over the Lucca 2019 Champion, Cooller.

Congratulations on the big W!

If you somehow missed the QPL Lucca 2019 event then you can probably still watch the VOD over on twitch. I’m assuming if that doesn’t work if you ever read this, they will have it up on the official Quake YouTube channel.

The event had great quake action and it is great to see some new blood from the Challenger’s League step up. If there are 2 stories you should take away from this. It’s that all the Challengers took the spots in the pro roster and a living Quake Legend name Cooller, showed these youngsters how to play quake.

I really hope the NA guys get to practicing hard as we got a whole new stage leading to another event very soon!

If you watched the event what did you think? List it down below and we can talk about it!

Maybe you don’t want to read anymore and wanna watch a video.