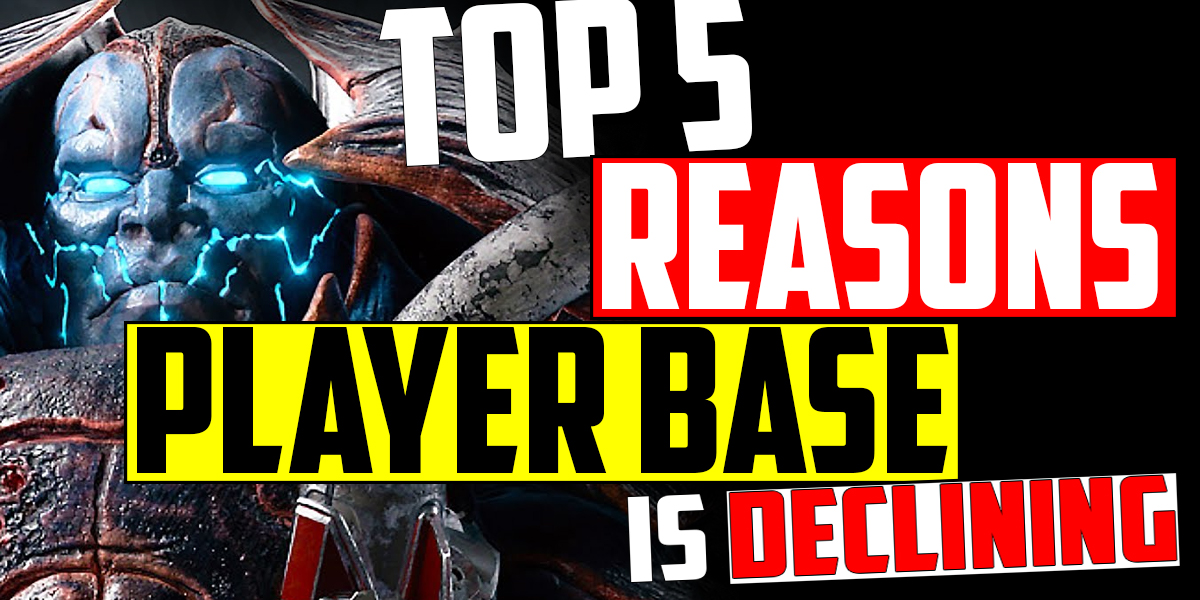 Quake Champions Player Base keeps declining and there could be many reasons why. While I love Quake Champions there is no denying that after several years. The Player base is nowhere what it was in 2017 and 2018. Dropping to barely 500 players online at a time.

Below are the top reason that I think the player base keep rapidly decreasing.

Back in the good ole days. The community got the map creating tools and if we didn’t like how a certain map played. Or didn’t like the map at all, someone could just create one. This includes skins, mods, maps, characters, sounds, and etc. The list was kind of endless.

Really whenever you think of Quake it was almost a modder’s paradise. Still to this day full conversions or even brand new games built on the Original Quake engine are begin released.

This could also be the engine they chose to produce Quake Champions on. It just doesn’t support any of these things we were accustom too. While Quake Champions looks AMAZING with the graphics on high. That’s not really the whole entire reason played Quake in the day. Seems like we would rather create our own Hi-Res textures.

No new maps have been released for a long time now. No new Champions. The latest Mode that everyone literally wanted (no champ abilities, old school.) and complained about. No one plays…

Seems like there is nothing to really get excited about unless you enjoy 1 on 1 ranked duel mode. Duels are great, but that’s not the only thing this game should be fully supporting.

Battle Passes are terrible for Quake Champions. They offer nothing new, how is it possible that you cannot get a to purchase it? That’s how bad it is, I will not give this game anymore $$ and I really want too. I’m sure this could be a great indicator why Quake Champions Player Base continues to decline.

Classic FFA is literally what everyone wanted for a game mode. It sounds like the time everyone couldn’t believe they got rid of 2v2 ranked but it takes forever to queue. You cannot even enjoy the modes you want to play unless you wait 20+ minutes it seems.

I believe it was announced that Quake Champions would be using Amazon Game lift now if they are still using that I have no idea. I’m not sure why they shut down server if that was the case.

While I have the best ping on Eastern (~40ms) servers. Central should be good as well (60ms) but I’m telling you. I for the life of me cannot play on them. I’m not really sure what happens whenever I play on those servers. But, it’s not a good experience. For what its worth the West coast servers actually provide a better experience but my ping is in the 100s.

Anyways, I’m pretty positive if they still use “Amazon Game lift” it hasn’t been the best experience.

Perhaps its really just the net-code. For whatever reason, it seems like most opponents have the longest Lightning Gun of all time whenever I’m playing against them. It’s so strange.

It’s either the net-code or the servers… Maybe its both.

With no mention of a Server Browser from anyone. We have all came to the terms that its not going to happen.

Which is just bizarre to even think of. Is this due to the fact that its a “Game As A Service”?

Well, you could think that if you wanted but plenty of other F2P, Always online games provide a SERVER BROWSER.

Think of being able to just keep playing Quake Champions without the matchmaking, join a specific server. Maybe a CTF or Sacrifice server and play with random online strangers all night long.

That actually sounds really awesome. Remember playing Quake III excessive CTF for hours on end? It’s hard enough to catch your friends online it would be nice to meet people who want to experience the game the same way you do at a certain time. 24-7 sacrifice servers east coast sign me up.

Since Quake Champions is still technically in “Early Access”. One would hope that they would provide some sort of insight or roadmap to WHAT IS HAPPENING to all of the supporters of the game.

That has to be by FAR the biggest issue to me. Is that everything is unknown. We have no idea whats happening to the game. There is a Pro League in an unfinished game, with money Prizes. Yet the game could change the very next day which is in itself maddening.

There are still a few patches that have come out recently. Many think the game is in maintenance mode, but that would mean the game was Finished… but it still says Early Access. See what I mean? Literally, no one has any idea!

Wouldn’t it be nice if we had something to go on if we should invest our time and $$ into the I haven’t purchased a battle pass since the very first one. It seems pointless if the game is just going to die soon.

Many fans want to support the game but its really up in the air if we should or not. A simple ROAD MAP would give us clarity on whats happening. But there isn’t one and I’m guessing maybe there won’t ever be.

There are many problems over the years that have caused the declining player base. I think at least presenting a roadmap would help and smooth things out. This would give players and supporters at least something to talk about and want to support the game. Many think the game is just dying.

Having nothing to go on is literally hurting this game more than anything. There is nothing to look forward too. In a gaming age where we expect content constantly it’s very disheartening to see that Quake Champions has been swept under the rug.

I for one really hope there is someone within the company that will shine a light on Quake and get the player base to once again rise.

If you enjoy this Quake Champions Player Base keeps declining article be sure to share it. Probably not on the QC subreddit they hate this page for some reason.