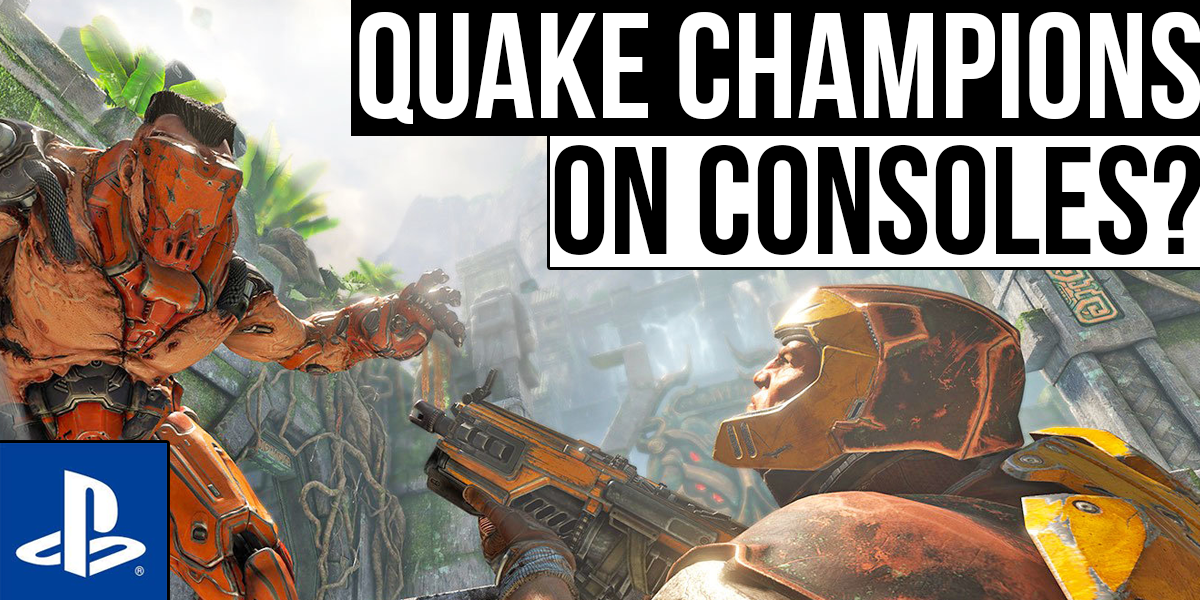 Are a Quake Champions PS4 and Xbox port Possible?

Why of course it’s possible. Quake has been on consoles throughout the years.

Really it makes no sense why there is not a Quake Champions PS4 and Xbox port.

Below is the Quakefans Radio episode discussing Quake Champions and on how the game should’ve released. Discussing the possibility of the game on modern consoles.

Smango discusses the possibility of Quake Champions getting a PS4 and Xbox release and why it would help.

Here is Quake III Revolution Gameplay footage. This was record on a real Playstation 2 and upscaled to 720p. You can, of course, emulate this yourself if you choose.

This is just an example that Quake has been on consoles before, and more specifically a Sony Playstation.

Quake III dreamcast port was more well known than any other version of the game. I’m not even including the single player games that been on many consoles.

Is Quake on PS4

Even though Quake Champions doesn’t even have a server browser, and appears to be developed more towards a console release.

Unfortunately, Quake Champions is not on PS4. There is also no plans for a console release.

There is also no plans for Quake Champions to be on Xbox One.

However, there is a game called Roblox which has an Arena First Person Shooter game which I will cover on a later date. This is your best bet to get some AFPS action on Console.

QuakeFans Radio is a live show over on the Quakefans YouTube Channel! Smango (twitter) is live every Saturday Morning.

You can Join in on the conversation over on the YouTube Chat!

Quakefans covers Arena, Retro/Indie First Person Shooters, really anything I find interesting that has a gun or similar pointed at it in First Person mode.

This includes but is not limited to games like Quake, Doom, and Team-based fps.

Diabotical is on the rise and will become a focal point. If you are looking for a show or podcast about quake and quake like games. Hit the Sub button.

Be sure to check out the website for tips, tricks, reviews, and podcasts on all of these amazing games!

This is an amazon affiliate link so anything you purchase on Amazon for the next 48 hours will benefit quakefans after you click on the link!