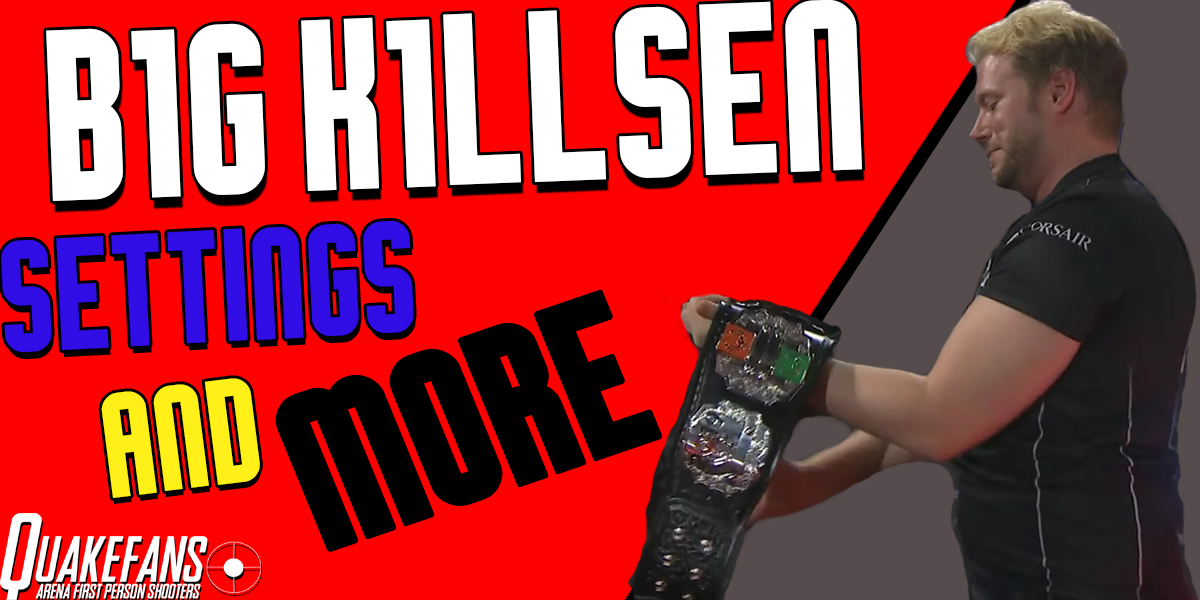 In 2019 to kick off the Quake Pro League he finished #1 and granting him a sweet sweet pot of $10,000 dollars. That’s not a bad way to start off the year now is it. With a nice chunk of change to put into his pocket, he has been leading the leader boards ever since.

Slightly trailing behind maybe the best Quake player to ever live, Liquid Rapha.

K1llsen has no shortage of elite skills in his Quake arsenal. Being in the elite talent since 2008 he has plenty of wisdom and skills to showcase.

With a quick flick of the wrist, he can hit you with laser precision with the railgun. At times it’s quite unbelievable to see what he produced. Whenever he is playing his best, he might be the most talented player in the whole entire Quake Pro League. The best showcasing of skills was this year’s season kick-off.

If you are lucky enough to catch him live over on twitch early in the morning. You can treat yourself to some cross-seas quake action. I wish I had more time to invest in the EU league but there are only so many hours in the day!

Below you will find K1llsen’s gear and settings for Quake Champions.

Good luck finding these particular headsets and Keyboard in the United States of America. Amazon does not market Lioncast gear. They seem to be an Italy based company, I’m kind of curious why they don’t have it listed on Amazon.

Anyways you will have to find them on eBay and do some importing if you live in North America. Otherwise, if you live close to the BIG German, then you might be able to go to a local store.

The monitor looks great and I trust Ben Q products. The Logitech Wireless mouse is the biggest concern to me. I don’t really like Wireless gear but I’ve not heard terrible things about the G Pro.

I honestly don’t know too much about mouse settings. I never touch acceleration or anything, but, maybe I should after seeing how K1llsen plays.

Looks like he plays with the standard turn EVERYTHING low so you get the BEST Frames Per Second. Currently, I’m unable to find his computer hardware settings so I have no idea what his Video card or GPU is. With the 144hz monitor, we would have to assume he has a decent setup.

K1llsen seems like a great dude on the stage. He brings lots of personality to the camera. One of these days I’d love to get to meet him and maybe have an interview. Even if it’s just chatting back and forth on Twitter/Discord.

Check out his Road to the World Champion Frag Movie here

I really hope you are enjoying me exploring some of the Quake Pro League settings and information. Let me know if you follow K1llsen maybe you can get him to chat with me one day.

Is K1llsen on par with Rapha or is Rapha the clear best in the world? Let me know down below.