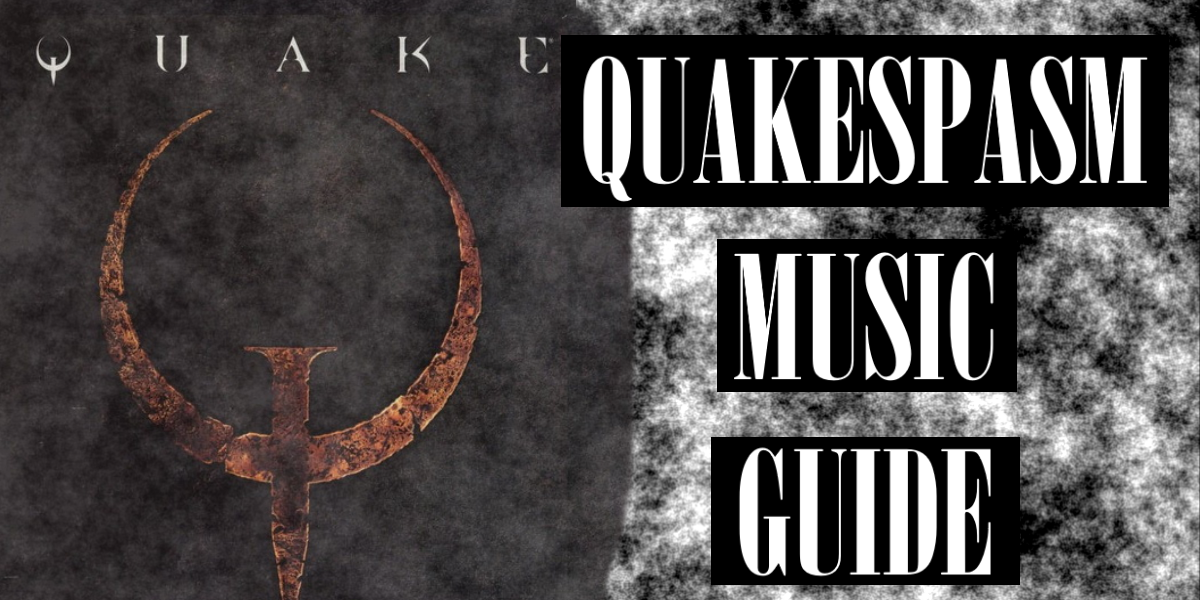 I hope the video helps you with QuakeSpasm Music as I know many people have run into many problems with getting the ripped music to work, including myself.

Now I just want to say even I was a bit confused reading all the text in the file, but I eventually did figure it out.

The first thing I want to point out is the filename of the tracks that most rips come in the form of.

For the most part if you are getting Music Files for your mods for Quake, they come in all sorts of different filenames. Most notable I’ve found that the majority of them are ripped for the Darkplaces engine and not Quakespasm.

The Rips I had problems with were whenever the filenames were like track002.ogg.

Quakespasm will not play these automatically, but whenever I typed the music command in the console using the ~

The music would start playing letting me know it was in the correct folder and Quakespasm was reading the file.

Sometimes, whenever a map loads it was saying it couldn’t find “track 2”.

Confused as clearly track002.ogg is listed in the correct folder! Why wasn’t it playing?

After renaming the file to track02.ogg the music automatically played.

Quakespasm won’t read the files automatically unless you name it in the correct format.

This is the correct format for the file name for the Quakespasm engine.

Where do I put my Quake Mod Music Files for Quakespasm

The Quakespasm_Music.txt file assumes you already know how to install mods. But, it also jumps straight from installing the Music for the original game to the mission packs.

Here we have a simple Quake folder structure.

For example if you want to download the original Quake Music for ONLY the original game. You would make a new folder in id1 called music. You would then place your ripped music files into this folder with the correct filename structure above in this article.

Original Quake Music going to this folder for Quakespasm

Now how do you add music for mods and mission packs? It can be a little bit confusing you might think you just put everything into id1\music according to how the text reads. Or, you might even think you create another id1\music folder in your mod or mission folder.

You simply must people a music folder, into your mod or mission pack folder like so.

Combined with the video and the following tips you should be able to get the music working in Quakespasm!

I hope this little guide and video helps many Quakefans out there as it took me a bit of tinkering to completely understand why in the world my music wasn’t working at all.

Below I’ll link directly to the music files used in most of the mods, original, and mission packs!

These are hosted by https://quaddicted.com and they are safe to use!

I might update these some other day but I hope this helps you out!

I’ll do a Darkplaces Engine Music help soon but if you stumbled upon this having Quake music problems you might find it useful. Darkplaces for mods need to be structured like this – put the .ogg files into (mod)/sound/cdtracks/