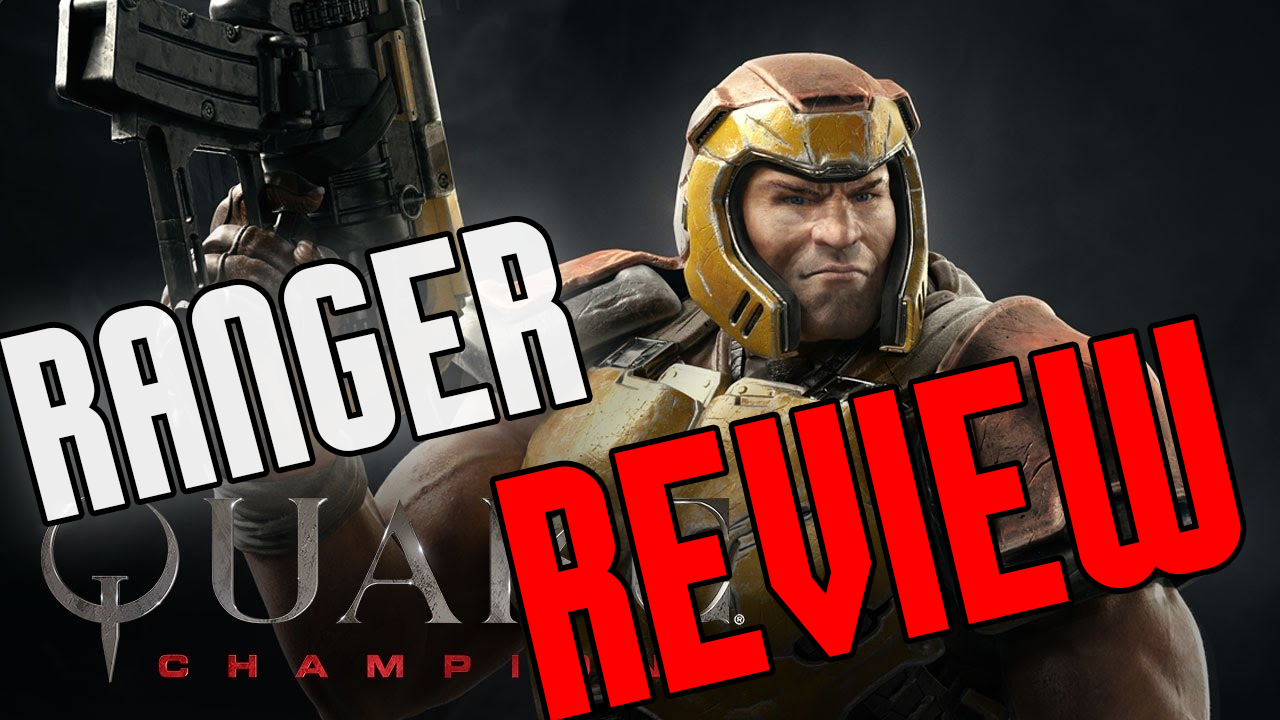 Here you will read a little bit about the champion, his weaknesses and his strengths!

This guide/review will focus on the dueling aspect which also translates to really any other game type available in Quake Champions.

Ranger is introduced as the unnamed hero in the original Quake.

Eventually, in Quake III Arena, they gave the model that represented the Original Quake Hero the name, Ranger.

He was the only marine sent on the mission code-named “Quake” that survived.

THE ORIGINAL QUAKE FOR PC

While Ranger doesn’t really have any bad weaknesses… It could be considered that he is the “Mario” of all the Champions.

What I mean by that is he directly right in the middle of all of them. He is not the fastest but he’s not slow, he doesn’t have a lot of HP but he has enough.

Ranger takes less rocket self-inflicted damage. This means he doesn’t get penalized as much whenever you want to perform wall rockets or rocket jumps.

This is also Ranger’s special movement is utilizing rocket jumps and wall rockets to get quickly around the map.

Ranger’s special ability the Dire Orb use to 1-shot people in the early days of Quake Champions. That, of course, has been nerfed to the ground. He still does plenty of damage and can be used as an offensive tool or used to get away from enemies in case of emergencies.

Why Duel with Ranger?

Ranger is considered the top tier of champions for dueling. This is because of the dire orb and his rocket jumping movement.

Whenever you see pros play him they are usually very aggressive and will use the Dire Orb to catch their opponent off guard. A perfect rocket and a Dire Orb is usually the end of your enemy.