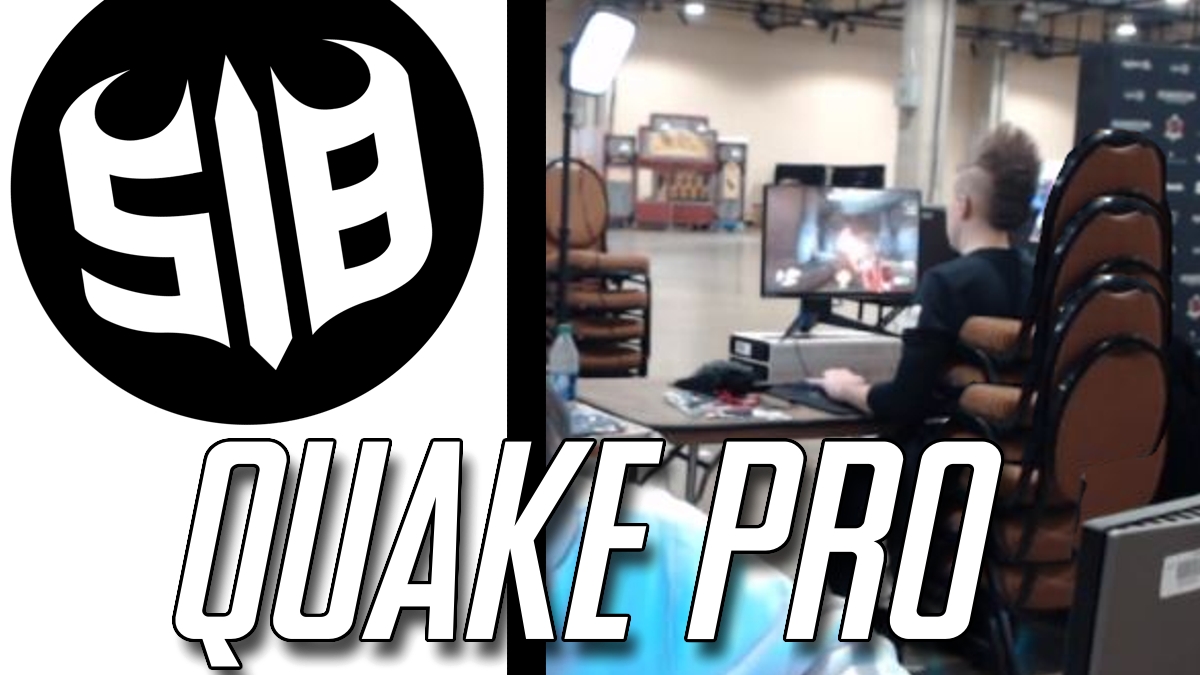 SIB Quake Champions Pro is an interesting character... Just like every good film, wrestling match, and book… we all need a villain in our stories or sports. After a Twitter-filled Quake Monday, Quake Casters called out Quake Pro Sib. I figured it was worth creating a topic or post over. Below you will find archived Twitter posts which have recently been removed along with videos talking about the situation.

So one might ask about the recent controversy… Is Sib the Villain of the Quake Pro League?

Everyone thought this match (Effortless Vs. Sib on September 15th, 2019) would be a very even match-up with a basically even spread, but it turned out to be something very different.

Usually, Sib’s best map (from watching him for a while) is Molten Falls, which he ended up losing to Effortless in a very close match.

Let’s keep in mind that the week before Sib had just taken Liquid’s Dahang 2 – 1 in a very impressing showcase. I believe everyone t that sib had taken a huge leap forward in his Quake abilities!

I’m really at a loss for words whenever I look at the next 2 maps. I was certain I was going to see some very close Quake action. What I feel (and what most other Quake Fans feel) is that Sib completely quit. It seemed that Sib was literally feeding Effortless frags on Ruins of Sarnath.

From a fan’s perspective of the Quake Pro E-Sport scene, it seemed to me that Sib was very frustrated starting out on the map Awoken. Many think it was due to the fact that Effortless was throwing Galena totems outside of the map, sort of abusing small map glitches in Quake Champions.

Map 3 was even worse… I believe Sib had given up all hope, not collecting a single major item and losing 32 – 0. Let me say that in no way do I really think Effortless is 32 – 0 kills better than Sib. The PROFESSIONAL analysts had a -3 spread! Take into consideration that the first map’s final score was 7 – 9 with Sib holding the lead the majority of the map.

Zoot was one of the on the Quake Pro League who called the match-up of Effortless Vs Sib. He didn’t seem happy with Sib’s performance, and the next day he wasn’t shy about acknowledging that on Twitter.

Many feel that Zoot shouldn’t have said anything, including even Sib himself. Thus began a small Twitter War going back and forth. Very soon after, Sib made an apology statement:

Now I did ended up commenting on his apology and I want to apologize for questioning his integrity in the game.

Clearly something was going on in Sib’s mind. He quickly un-followed the QF twitter page as well :(.

That, however, didn’t stop Zoot from making a response to Sib.

This goes on for a little while longer. There seems to be some bad blood. Here is an archive of all of the Twitter War going on in case it gets deleted from Twitter.

Archive – http://archive.is/Aj8d7 if it still works.

I say they should just settle it on Quake Champions in a duel and live cast that. See now? I’m interested in a duel between Zoot and Sib at least.

I’m really starting to believe that Sib enjoys being disliked or playing the Villain, so to speak. While I don’t think truly a bad guy, I do think he likes playing the Heel, like in pro-wrestling. The Big Mo-hawk: always stabbing back at his fans or people who follow him. He doesn’t mind saying what he thinks, whether he is wrong or right.

I’ve asked him for an interview/article after all of this happened and even apologized for my comment. I told him that I just want him to perform well. He declined the offer so I respected his wishes and left him alone. I really do feel like it would be good, not only for him but for his Quake Fans, if he would speak to me.

SIB Vs Other Quake and Arena FPS Pros

Sib attacks ferociously attack Y2Jake for asking him to simply say a “GG” (Good Game) every now and then and have some sportsman-like conduct.

Y2Jake is a beloved ArenaFPS content creator for Diabotical and Arena shooters as he was obviously in SIB’S chat showing him some support by watching his live stream. Many of us have noticed SIB’s lack of sportsmanship throughout his Arena FPS a Career and he doesn’t appear to be slowing down at any moment.

VIDEO FOOTAGE IS BELOW!

This of course comes from a loss which SIB Claims was PURE LUCK whenever he was losing to the Golden Frag Rule.

Thanks for the sources for this video and for bringing it to the Quakefans.net Staff.

Sib is up to his old antics yet again.

Recently It has come to my attention that he has attacked Zenaku saying he wasn’t fair during one of their recent matchups.

This stream was after a loss.

He also accused Zenaku of cheating after he lost to him.

He is claiming that Zenaku had the full advantage. Sib accuses Zenaku of Ghosting, which is watching someone’s stream or having the advantage of a spectator to gain an advantage.

Not only has Sib been after Zenaku he also has beef with Nosfa now.

Nosfa has tweeted recently that after their match SIB has blocked him on Twitter.

Granted Nosfa did “Hump” him during their latest match, which is a sign of disrespect. But, normally its all in good fun.

Sib apparently felt otherwise and left the game with a GG “bruh” statement.

Many have wondered whether or not Sib should be fined for his performance. Let’s be clear that I’ve researched and found out he’s not the only one that has performed poorly. I do, however, think that E-Sport professionals should always give their all while they are on stage, just like in any other professional sport. If Draymond Green acts out while in front of millions in the NBA, he is usually dished with a fine.

I have no true evidence. It’s all pure speculation that Sib just gave up. I’m sure someone behind the scenes has spoken to him after this all went down and told him that he probably needs to pick it up a little since he is on contract.

We all have bad days at work, this was probably one of Sib’s worst days at the office. I just get the feeling that he enjoys being somewhat unliked or doesn’t care. He has stated he wasn’t there to “entertain“… even though he is a Twitch streamer and a professional. I hate to tell him but, yea… you are a performer and entertainer.

Zoot might’ve overstepped his bounds and even made this thing worse than what it was. I really believe that we all wanted to just see the best from Sib and wish he’d had a more even match-up like we saw on the first map. Hopefully Sib gets to feeling more like his old self as, clearly, something mentally or personal was going on.

In the spirit of good grace and sportsmanship, you can check out Sib’s Quake Champions Streams here and show him some support.