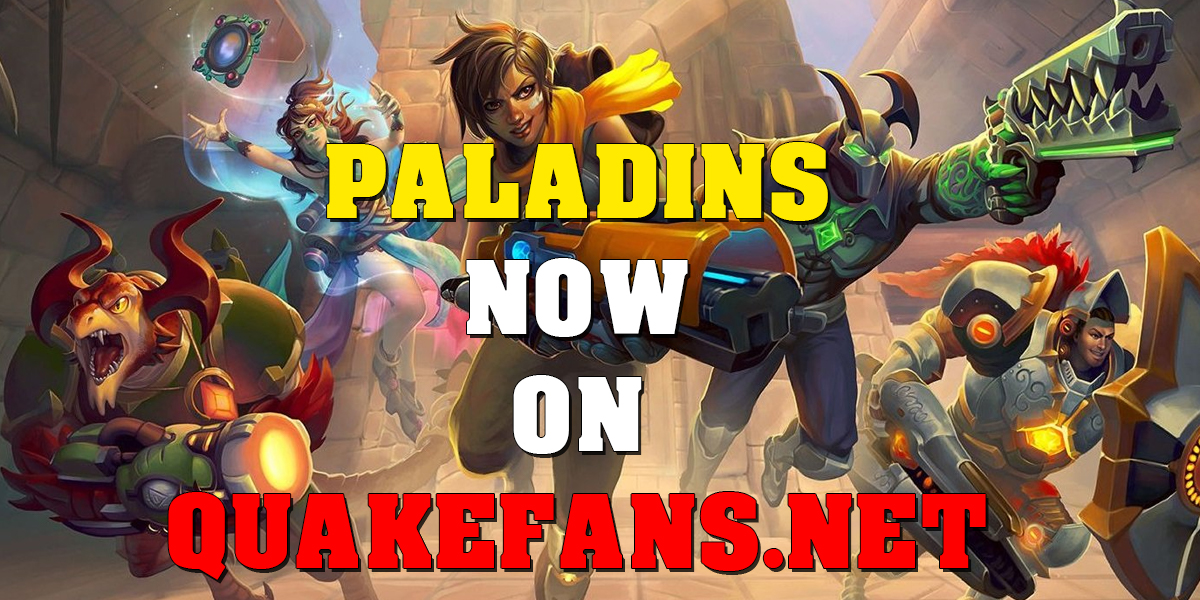 Paladins and Quake… Could it be? While the main focus will always remain Arena Shooters or games like Quake. It’s time that we open up a door to another game or genre in the same realm. I’ve played Paladins for a while and while its not your typical AFPS, more in the realm of a … Read more

Have the developers of Quake Champions actually given up?

From pure Speculation, it turns out another one of my favorite games from my favorite franchise might be going into maintenance mode or being abandoned.

Which is what I wanted to build my other website upon.

With the lack of content and the lack of updates, it looks like I’ll have to find another game to build the QuakeFans name upon or make it all about AFPS which is most likely the case.

A New Logo is in the works! If you would like to design the logo let me know!

Are you worried about QC?

I really hope that this isn’t the case. But, with no updates. No news, and hardly any tournaments to talk about it almost seems like the game has been abandoned. No marketing, No true road map.

Please give us QUAKEFANS something to be excited about. Finish the game at least or let us know your plans. Not giving us anything literally makes us feel the game is dead.

The Quake Community is strong and is literally the only thing holding the game together. I’ve been optimistic (as you can see in this post) about the game since closed beta but its time to take off the blinders.

Seeing that the game as a service model just isn’t working for a game like Quake.

Leave a comment down below or on the YouTube Channel. Let me know how you feel about the game currently.

You can also hit me up on twitter @realkynerd.