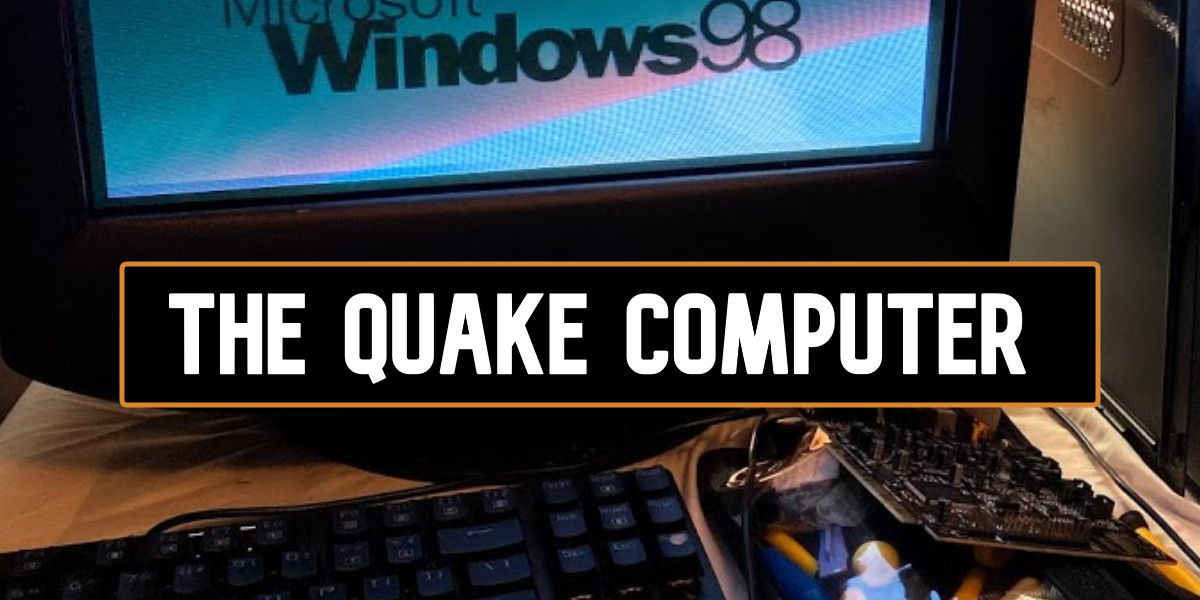 The purpose of this PC is to play Retro games and experience them in the way they where designed and developed to be played. Let’s be honest. Quake III Arena wasn’t meant to be played at a 4K resolution even though ioQuake does allow such a thing!

Other reasons is there might be a MOD or Map for Quake I, II, and III that just won’t work correctly on modern hardware.

Other games will also be feature over on my other YouTube Channel/Website FullTech. FullTech is a computer gaming blog and podcast featuring anything and everything about Computer Gaming.

Don’t worry though all FPS content will always be on this channel even if it is Retro or Indie. But, if retro computing is your thing you should check it out as I’ll be releasing some awesome retro related content there.

For all of you nerds out there wondering whats inside of this beast. Below I will tell you the specs and a little history over the PC.

I was given this PC years ago, I’d say around the year 2012. The Computer was a HP computer from 1999. Originally it looked like the owner had kept it updated and upgraded well into the Windows XP Era.

This awesome computer is really OVERKILL when it comes to the first 3 Quake games in the series. The greatest thing is that Windows 98 runs perfect on it. With Windows 98 built on top of MS-DOS it can run the original Quake natively without any source ports.

The Ultimate Quake computer might be able to run Quake 4 just not well. Quake IV was based on the Id Tech 4 engine and was a beast to try to run at first. There is however a Windows XP computer being built for that era of PC Gaming.

Join the Discord to continue the conversation and play quake!