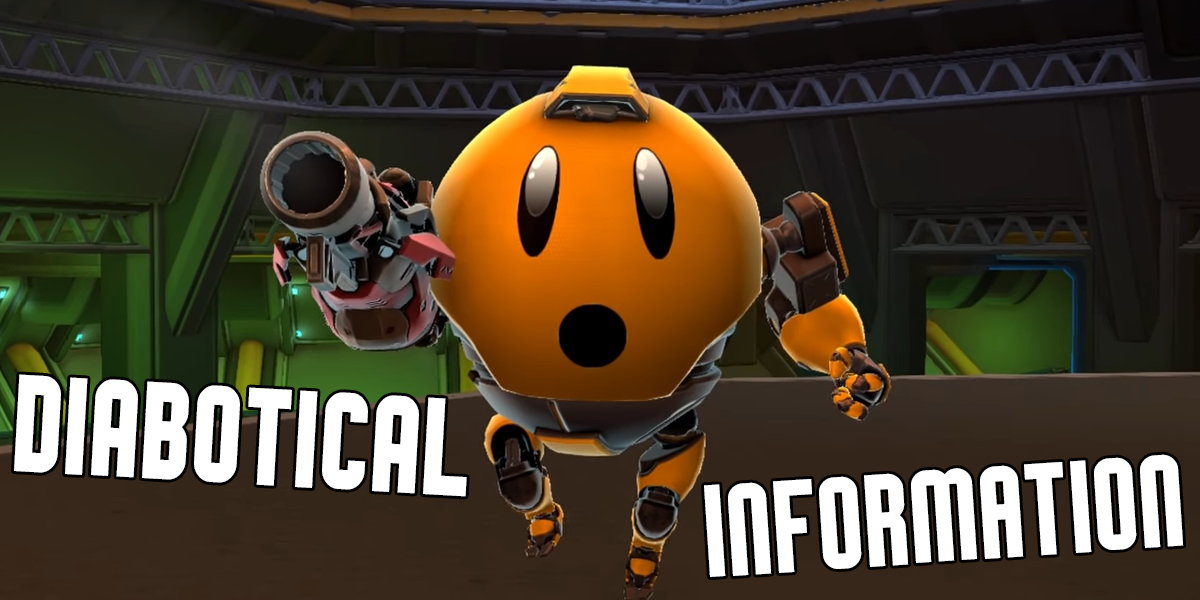 Diabotical the Arena FPS game has officially released!. Below you will find out everything we know about Diabotical and how you can get started playing today!

Arena First Person Shooters been quite popular since the 90s and this game to be a direct throwback to the Golden Era of AFPS games like Quake III/Live.

You Should join the Discord community and join alongside many other Quakefans in playing the game!

The only thing that is really sticking out to me that I really don’t have a clue what they are Wingbot mode. Wingbot is said to be made specifically for Diabotical.

Is that is a to train with certain modifiers? I don’t know, but I’m a huge CTF fan and I’m hoping that CTF is fantastic in this game and ships polished and correctly.

Diabotical is also changing the way we duel.

2GD The Man who started it all

James Harding (2GD) a former Quake 4 pro is the brains behind the madness over at GD Studios. 2GD is said to be a great developer as well and with a Quake professional background (although it is Quake IV…) should have a great understanding of how the Diabotical Arena FPS game should be made.

It is pretty clear that this game will be more than just a cash grab, but quite possibly more of a passion project directly made from someone from the eSports scene.

I was kind of surprised at the requirements that are released for the game. Considering that eSport titles are supposed to be able to run on low budgets machines. 2GD is shooting for you to run the game at 120 Frames Per Second.

This is very interesting on a few points, how many people are even using 120hz+ Monitors. I mean if you are a first-person shooter fan like myself, YOU probably are and you are probably already well prepared for any shooters than get thrown at your rig.

However, considering the common or casual PC Gamers are probably still using 60hz monitors and low budget machines. It’s going to be hard to hook them into the game. I mean the requirements they are shooting at aren’t that high. Truthfully DirectX 11 Video cards, 8 gigs of ram at least a modern processor you should be fine.

To Reach 120 FPS you are going to need a pretty beefy processor, GPU, and fast ram.

For High Settings, you will need a GTX 970+/AMD equivalent GPU.

I mean I’m fine with these requirements they are great specs to shoot for. I’m just worried that the casual PC gamer is going to glance at these and be like… 120 FPS!? What!?

Hopefully, I’m wrong and the player base grows regardless.

This game is now FREE to play.

This information is now old since the game is officially an Epic Game Store Exclusive. The Game will be on the same Free-to-Play model as it’s massive hit Fortnite for example.

The Majority of the AFPS community hates Quake Champions adding abilities in the latest installment of the Quake Franchise. Quake Champions which as to date is the most popular Arena First Person shooter at this time (of posting). That being said it is losing a ton of players because of the balancing issues as well as performance.

There are speculations that everyone will also leave Quake Champions for the full release of Diabotical. How true is this? I’m not sure.

Quake Champions has tons of issues but does have the Name behind it, unlike Diabotical which is the Studio’s first game to be developed.

At the very least I’m hoping that Diabotical brings some competition to QC and that the QC developers start kicking it into high gear to push for a better experience.

Diabotical is already going to be offering tons of things that Quake Champion players have been ASKING for, for 2 years. Server browsers to be the #1 thing on my list and I know tons of people love Clan Arena modes.

Is it possible that Diabotical might dethrone the king? As much as I hate to admit it being a hardcore Quake fan and someone that loves Quake Champions. It is 100% possible that it could happen I think it all comes down to the March 2019 Patch for QC and how Diabotical is received at launch.

So far everyone thought the game was set to release this year in 2019. Now it turns out that they probably are looking at an early 2020 release. Most likely sometime after the holidays. In a recent twitch stream, 2GD just said it wasn’t ready but from all the gameplay footage it looks great.

I think they are adding an extra coat of polish and paint to everything.

The Diabotical Team has signed a deal with Epic Games and making it an exclusive title just for the Epic Game Store.

I believe this includes a 3 year deal with support. I’m not really sure what support is going to be offered.

So Diabotical will not be on Steam for at least 3 years according to a recent Developer stream by 2GD the developer of Diabotical.

Diabotical at least at this current time will not be available on the Steam Platform. As you might have read above Diabotical is an Exclusive game to the Epic Game store for at least 3 years on the date of release.

Sorry steam users if you are wanting to play this game then you will have to bite the bullet and download EGS and install it.

At least it is free.

Unfortunately, for you Console gamers out there. As far as I know there have been no announcements to bring Diabotical to PS4, PS5, Xbox consoles.

I don’t see why not as many games work well as console release and even support mouse and keyboard controls.

I’ve spoken about this many times that if you want a game to grow a much larger audience you cannot forget about the console crowd.

Quake has been on many consoles in the past and turned out just fine.

Diabotical has had a successful launch and completely skipped over Open Beta. The only question I ask now is Can Diabotical Save Arena First Person Shooters?