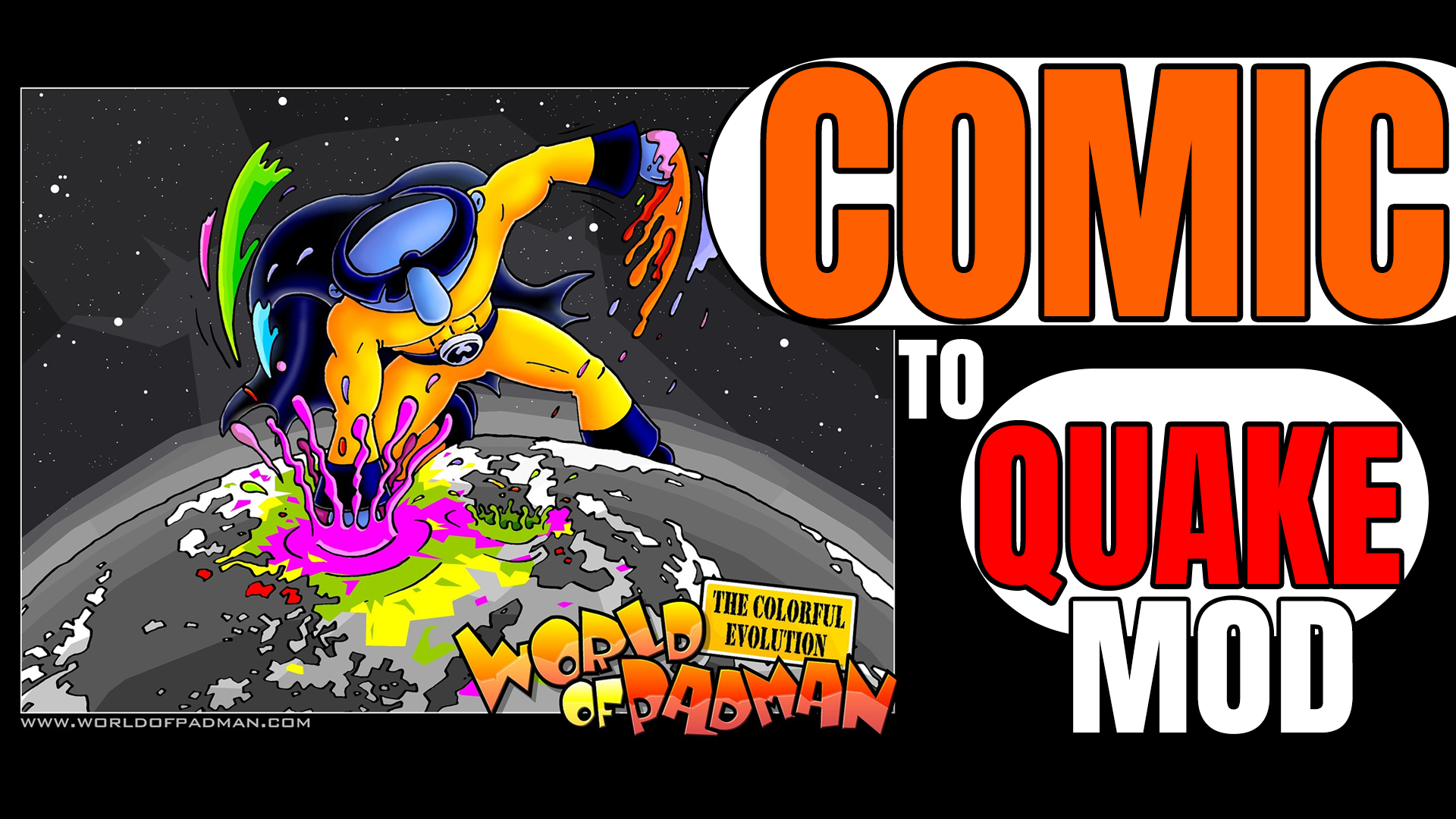 World of Padman is an interesting topic.

The ENTE the creator of Padman was a Comic Book Writer for the PlayStation Games magazine.

This magazine of course focused on console games. Ente was already working on comics for the publication but he decided he wanted to work on something a bit more edgier.

Thus, Padman was born. From the English comics it appears that he is suppose to be the “meanest” gamer. I’m not sure what all that means most of the information is in German.

For some reason the creator of Padman got hooked on Designing Quake Map for Quake III Arena.

The “Padmaps” were a hit back in the Quake III arena days.

Ente had created the Padcastle which was super popular and got tons of downloads and was shared throughout the Quake community.

The Padcastle has the comic book hero on the walls featuring some of the other characters of the World of Padman.

Ente took this as a hint on how popular his maps where and I guess decided to enter into a modding challenge for Q3A.

You can download the fully standalone game for Windows Directly off of moddb.

There is another Zip file on moddb which can take the game up to Version 1.6.

All you need to do is extract all the files to the installation folder.

WOP does work on modern systems and does not really need any extra setup from my experience with the game in 2020.

It worked pretty much right out of the box on Windows 10 without much tinkering around.

Interested in trying out all kinds of mods for Quake III Arena?

This Mod or Standalone game now has quite the amazing story.

I think the characters, graphics, and the game are a great moment in Quake 3 Arena history. Its amazing to think that a Comic hero got his own fully developed Arena FPS Game.

The game is completely Free so why not give it a shot?