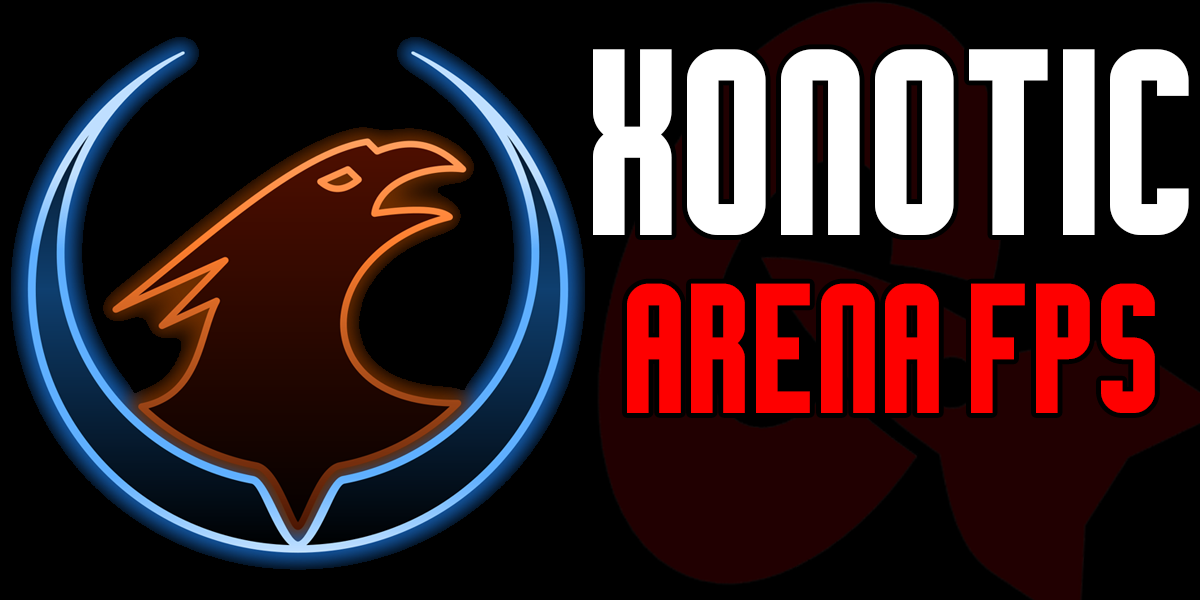 In today’s article, we will be discussing the Xonotic game and if it is good or not.

In my opinion it is Easily, of the best overlooked Arena first-person shooters known to man.

If there is one alternate Arena FPS that deserves your attention, it is Xonotic.

But is it too late, is the market over saturated with AAA Arena FPS Games? Stick around as I cover the Fork of Nexuiz and more.

Xonotic wasn’t built from the ground up.

The game is actually a Fork of a darkplaces engine game called Nexuiz.
Why is this important you might ask?

Lee Vermeulen Nexuiz’s creator decided he would secretly go behind the developers and communities back, by selling off the Brand of the game. Most of the developers of Nexuiz were blinded sided by this information.

They decided to fork the game to open source at the end of 2010 with a preview!

Personally, I think Xonotic is leaps and bounds better than Nexuiz.

While the games are obviously similar, the Movement and gameplay changes are enough to make me lean to Xonotic as the superior of the 2 from the classic build. illfonic’s Nexuiz 2012 on Xbox 360 & PC. Went on to be on a crytec engine almost becoming a completely different game. You can learn more about the commercial release of Nexuiz by watching the video below.

Xonotic plays more like a Quake game does than Nexuiz.

There is no official Trailer for Xonotic. But, we are in luck. This awesome Frag Movie by Smilesytche is pretty amazing. It’s better than what a real trailer would be in my opinion anyways so I hope you enjoy. I also suggest giving this channel a follow if you are into learning jump and speed run maps.

In this episode, I discuss the Xonotic Arena FPS game. IT IS a GREAT game that is overlooked.
As I kept searching for something to scratch the Diabotical itch. This Fork of the early versions of Neuxiz is the best of the bunch. Based on the Darkplaces Engine this game is tons of fun, great graphics.

For some reason, I missed the 2010 golden era of Arena FPS Games. Why couldn’t I have played this when it was on top?

As with most PC games that allow you to add custom maps and textures it can get a bit confusing where to put files.

Xonotic makes it pretty simple at least for windows.

Just drop the .pk3 file to the Xonotic folder for example in Microsoft Windows

This is where I would put any custom maps or files I’ve downloaded.

If you are running on Linux/Mac: ~/.xonotic/data/

While there is no official minimum or recommended requirements, I can go ahead and tell you that this game will run on a toaster. (not literally this is just a phrase for a bad computer.)

These specs are ancient and very slow compared to today’s standards. If you have a custom-built PC you can pretty much guarantee you can run this game with ease. It’s also portable and available on Linux so revive you an old PC and throw Xonotic on there and try it out.

The game runs butter smooth on my system which I will link to here so you can view. The Xonotic hardware requirements shouldn’t be very much if you are building a system towards it. You could build a system with used parts for very little expense.

Most recently I’ve purchased a $300-$400 laptop from Amazon in the year 2021 and it is more than powerful enough to run Xonotic over 60 FPS.

Is The Xonotic Game Good: Conclusion

Xonotic doesn’t come out of the box perfect by any means. As it’s not on a full release.

I kind of hate the sounds of the game but you can replace them with Zeroql-SoundPack and get awesome Quake 4 sounds. The gameplay is fantastic as well as the graphics.

Whenever you are looking for a Free and Fast-Paced shooter it really doesn’t get much better than this. The game is available on Linux and runs like smooth butter. Xonotic on 2020 modern rigs run almost perfect.

The only downfall to this game is that it’s not popular. You’ll have to look for discord to schedule and find an online match, at least in North America. If you are worried about the Xonotic player count before you pick up and start playing. You can check out the Xonotic Stats Page and view everyone who is playing.

As far as I know, the game hasn’t received a major update in many years. It’s sad whenever I run across some of these games wishing I had played them at the top of their time.

According to the Xonotic Subreddit one of the developers says that the game is currently in active development. It might not be a fast development, but that is good news going forward!

The Article might be subject to change over time to reflect changes in searches.